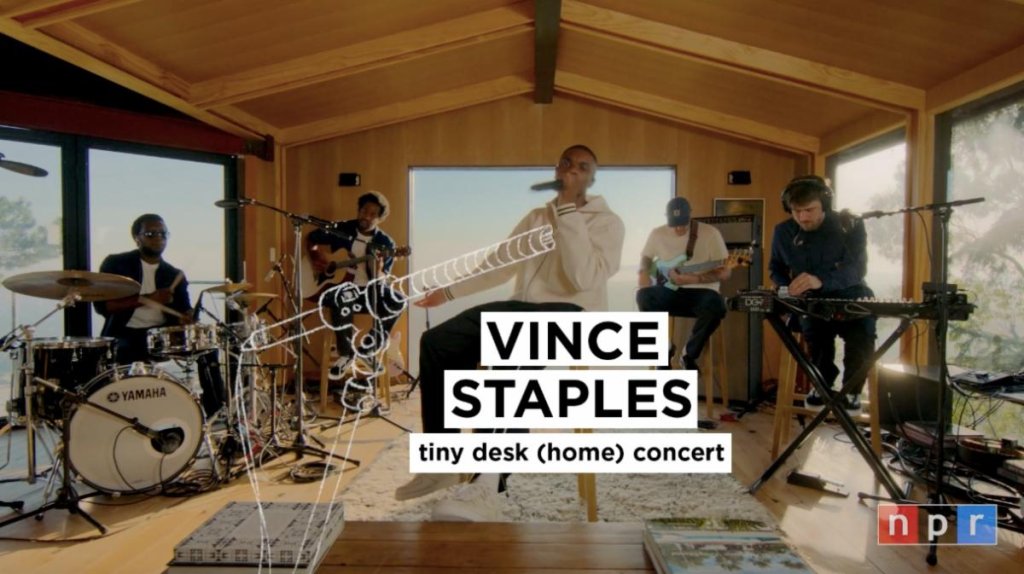 Fresh off of the release of his latest album, Vince Staples continues his hot streak with a new appearance – from home- as part of NPR’s venerated Tiny Desk concert series.

Released this past Friday (July 23rd) by NPR Music, Vince Staples’s set took place in a palatial house out in the Hollywood Hills area of Los Angeles. The entire set exclusively features songs from his new self-titled album, launched via Blacksmith Recordings/Motown Records. Vince Staples entered the Billboard charts at No.1 for Current Rap Album upon its release, and the acclaim it received placed it at No.21 on the Billboard 200 at the time.

For Staples, this release is just the beginning for what he has planned for 2021. The rapper has several projects that he’s currently working on, the details of which will be released throughout the weeks ahead. Staples said in a statement about the set: “I’m a mind more than I am an entertainer to a lot of people,” before adding, “I appreciate that my fanbase is willing to go on this ride with me. I’m ready to diversify what we’re doing and see how we affect the world.” The vinyl sales for the album have already exceeded expectations, as the rapper expressed through his Twitter account on the day of the LP’s release:

Staples performs with sharp backing by Kenny Beats on the bass, Gio “Dutchboi” Ligeon on guitar, Reske on keyboards and the vocals, and David Meyers Jr. handling the drums. Singer and songwriter Fousheé joins Staples for the rendition of the track “Take Me Home”. Other songs featured in the set include “Sundown Town”, “The Shining” and “Law of Averages”.

Check out the Tiny Desk concert below. Vince Staples is out now on all platforms. 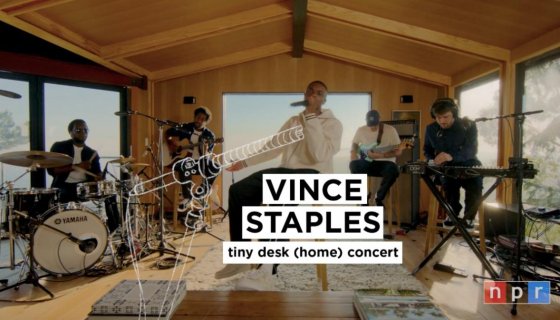