But U.S. investors won’t have easy access to UMG shares because they’re trading on the Euronext Amsterdam stock exchange, not a U.S. exchange such as the New York Stock Exchange or Nasdaq. So, besides Tuesday’s listing starting at 3 a.m. EST, U.S.-based investors will have other complications getting in on the action. Some brokerage accounts that cater to international trading, such as Interactive Brokers and Charles Schwab, provide access to exchanges in dozens of countries. However, these accounts are good for frequent, serious investors, not casual investors who might be burdened by tax issues, fees and currency fluctuations.

Alternatively, a U.S. individual can eventually buy shares of a mutual fund that owns shares of UMG, or an exchange traded fund that includes UMG. The benefit is an ETF trades on a U.S. exchange even though it may contain foreign companies. Likewise, a mutual fund has ownership of dozens or hundreds of companies: global funds include companies from around the world, international funds have only ex-U.S. companies. For an investor interested in UMG, though, both options have the obvious problem of offering ownership so diluted that UMG’s returns would be a small part of a fund’s returns and neither a mutual funds nor an ETF provides indirect ownership on the first day of trading.

In some cases, a foreign company trades in the U.S. through what’s called an American Depository Receipt, a security that represents the security of another company. An ADR’s depository bank takes custody of the shares, allowing the ADRs to be traded in U.S. financial markets. UMG does not and may never sponsor an ADR, though, because Vivendi has never done so.

Otherwise, a U.S. investor can always buy the equities of similar companies available on U.S. exchanges. WMG has a smaller market capitalization and but runs nearly an identical business to UMG: record labels and music publishers with deep catalogs, plus merchandise for retail and artists’ tours and websites. Spotify is primarily a tech company but is a complement to UMG because it drives much of record labels’ and publishers’ growth right now. And Sony Group Corporation, owner of Sony Music Entertainment, trades on the NYSE through any number or brokerage accounts — even app-based investing tools such as Robinhood and Stash. 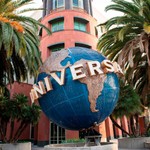