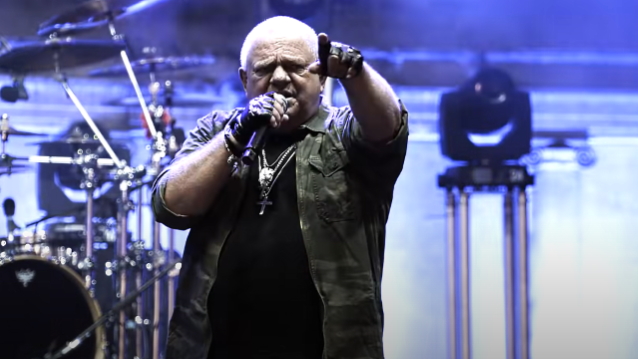 In a new interview with Jon Marchewka of Rock In The FastLane, former ACCEPT and current U.D.O. frontman Udo Dirkschneider was asked what he would like his legacy to be. He responded (as transcribed by BLABBERMOUTH.NET): “I always try to be normal. I’m not a typical rock and roll star, [sporting] sunsglasses and [telling people], ‘Hey, man…’ I try to be a normal, normal person. But what I [know] is that I inspired a lot of bands — with ACCEPT and also now with U.D.O. That makes you proud that you did something in this business — inspired other musicians, and also really well-known musicians. And that was really, like, ‘Woah! Okay.’ That makes you proud. And then you know that you did something in this business. So, that’s it for me. It’s, like, okay, thank you very much.”

U.D.O.‘s latest album, “Game Over”, was released on October 22 via AFM Records.

Last year, U.D.O. collaborated with Das Musikkorps der Bundeswehr, the military band of the German federal armed forces, on an album called “We Are One”, which was released in July 2020 via AFM Records/Soulfood Music.

Udo‘s DIRKSCHNEIDER & THE OLD GANG project, in which he is joined be fellow former ACCEPT members Peter Baltes (bass) and Stefan Kaufmann (guitar), recently released a new single and video, “Every Heart Is Burning”.

DIRKSCHNEIDER & THE OLD GANG, which is rounded out by Udo‘s son Sven Dirkschneider (drums), Manuela Bibert (vocals) and Mathias Dieth (guitar), issued its debut single, “Where The Angels Fly”, in September 2020. A second single, “Face Of A Stranger”, followed in April. On August 27, all three songs were released as the “Arising” CD, a 12-inch vinyl and a download.