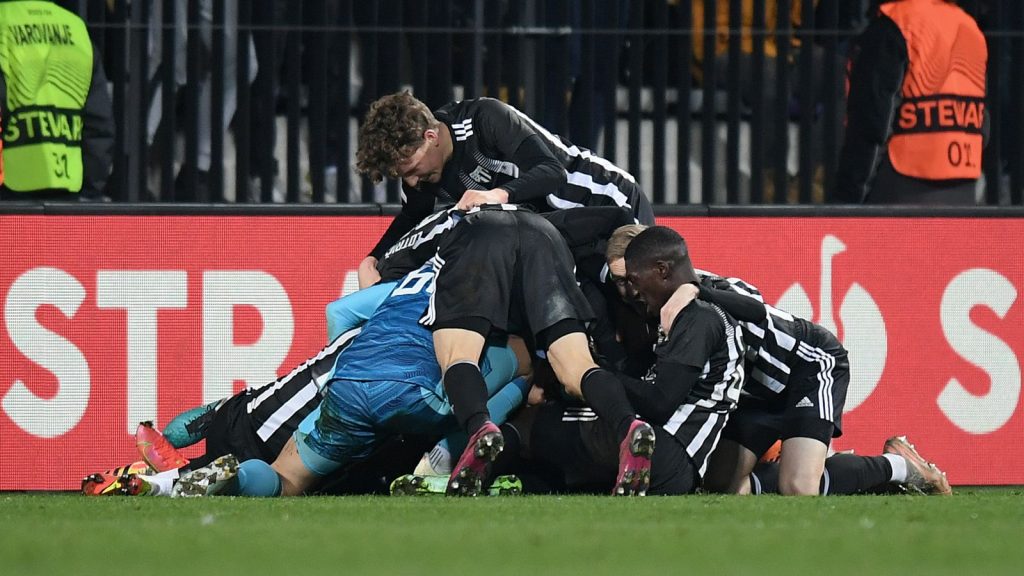 Antonio Conte could only watch in horror as Tottenham suffered a shock 2-1 loss to little known Mura.

When Tottenham players arrived in Slovenia, they might have been forgiven for being slightly relaxed about their upcoming UEFA Conference League match against Mura.

Mura is a team based in a small town in Slovenia and has a population of 11,000. The club wasn’t even in existence ten years ago. They entered the competition as lowest ranked team in the tournament so they were expected to be considered the proverbial whipping boys.

However, little did Tottenham know that they would be in for a fight of their lives as the players entered the Fazanerija stadium whose seating arrangement would be easily swallowed by the Tottenham Hotspur Stadium.

Antonio Conte’s men were reduced to ten men after Ryan Sessegnon was sent off within half an hour.

Tomi Horvat had given his team a shock lead but Harry Kane managed to equalize a few minutes later. Even with a man down, Tottenham were supposed to find a way to get all three points.

However, Amadej Marosa scored in stoppage time to give Mura a historic win over a team that entered the Conference League as favorites and now have all to do in their last group game of the competition where they will lock horns with Stade Rennais who are definitely no whipping boys.

The game was a chance for a lot of players to impress Antonio Conte, especially Delle Alli. However, the English midfielder had another poor outing and was deservedly hooked after 52 minutes.

After seeing a much changed lineup dither, Conte brought on his best players in the second period but it was a little too late and the home side simply wanted three points more than the visitors.

Tottenham travel to Burnley in their next encounter where Conte would definitely be looking to make sure that he doesn’t have to witness similar embarrassment.