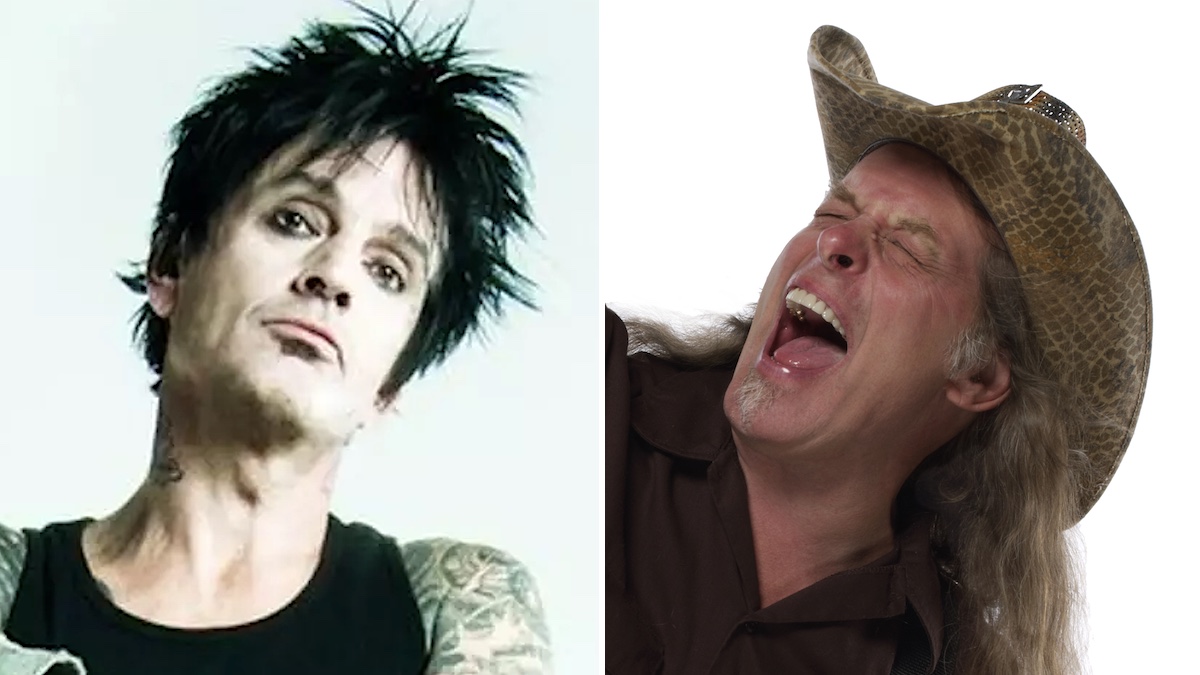 Forget Trump vs. Biden — the nastiest right wing vs. left wing feud is brewing between veteran rockers Ted Nugent and Tommy Lee. Following some disparaging remarks by Nugent about the Mötley Crüe drummer, Lee has fired back at the guitarist with a vengeance.

As we reported Wednesday, Nugent seemingly went out of his way to call Lee “a convicted felon, domestic violence heroin addict” during a recent appearance on the political podcast Blunt Force Truth. It was just a matter of time before Lee retaliated, and he did just that on Wednesday night.

The drummer tweeted, “Ted Nugent? ….Is that guy even still alive? ….. I thought he shot himself like 20 yrs ago.”

A little harsh, indeed, but Lee is playing off the fact that Nugent has long been a proud gun-toting member of the NRA. When the Motor City Madman is not playing his guitar, he’s usually busy with one of his “many guns.” As Nugent once put it himself, “I own many guns. I carry many guns. I shoot many guns. I fondle many guns. I caress many guns. I worship many guns.”

Nugent is an ardent Trump supporter, while Lee wants nothing more than to see the president lose on Election Day. The Mötley Crüe founder has been ripping Trump steadily on social media, and recently said he’d move back to his “motherland” of Greece if Trump wins the election.

The bullets are certainly flying (figuratively) between the two rockers, and it’s all getting Lee some extra press for his new solo album, ANDRO, which arrives Friday.

See Tommy Lee’s full tweet, complete with emojis, below, followed by our own recent two-part Zoom interview with the drummer.