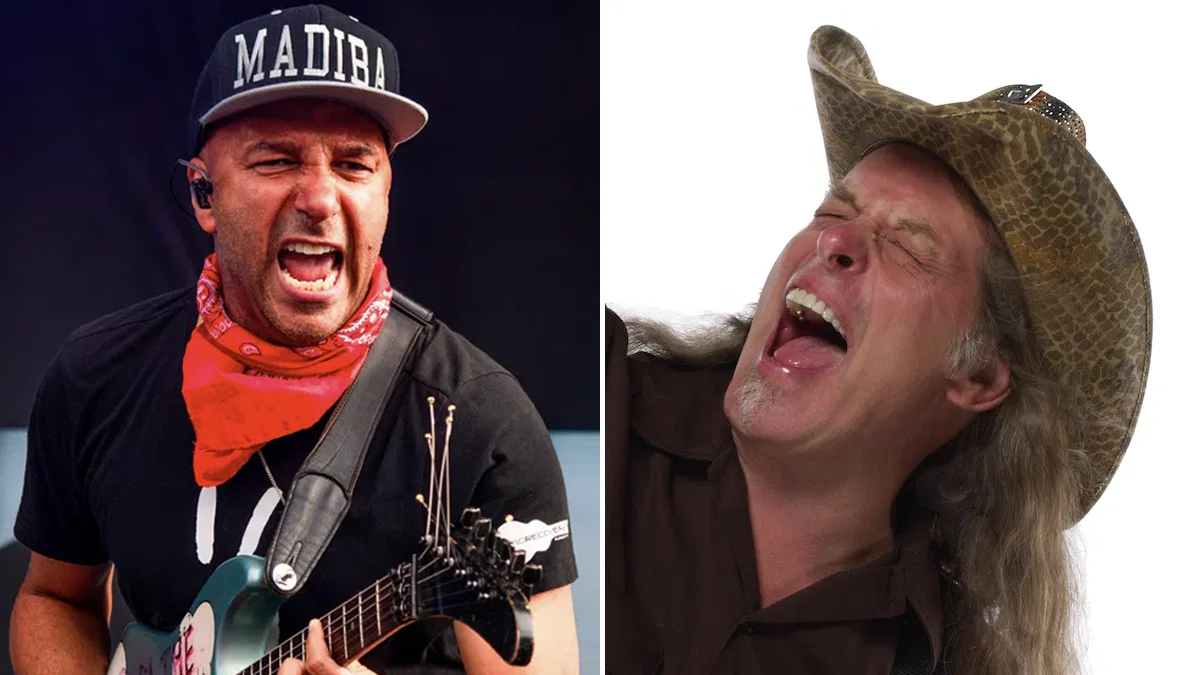 Rage Against the Machine guitarist Tom Morello opened up about his unlikely friendship with rocker Ted Nugent during a recent appearance on The Howard Stern Show.

Morello said he still considers Nugent a friend despite their opposing political beliefs. The RATM guitarist’s views are firmly on the left, while the gun-toting Nugent is about as far to the right as can be. Morello called Donald Trump an “orange-faced demagogue.” Meanwhile, the Nuge defended the former president following the Capitol insurrection, instead blaming Antifa and Black Lives Matter for the violent riot.

Despite being polar opposites politically, Morello said he instead focused on their similarities as worldclass guitarists and staunch free-speech advocates.

“For his 60th birthday, someone reached out to me and said, ‘We’re making a video, and we’re asking guitar players [to say a few kind words],” Morello said of the origins of his friendship with Nugent. “At the time, the Ted Nugent which was sort of known in the world in general was this kind of more right-wing caricature — people were not thinking of him, first and foremost, as the guy who shredded on ‘Stranglehold’. But then I had to think, ‘What is the video that I’m going to make for Ted’s birthday?’”

Morello continued: “And I put some thought into it, and I said, ‘It’s gonna be about two things. One, it’s gonna be things that Tom Morello and Ted Nugent have in common,’ and I went down this long list of [things like] free-speech advocates, our love of rock ‘n’ roll, our respect for black artists who created rock ‘n’ roll. And then the second was things that Ted Nugent taught an adolescent Tom Morello about sex.”

Morello cited the songs “Cat Scratch Fever” and “Wang Dang Sweet Poontang” in particular, telling Howard Stern that he had to ask about their meaning on the playground as a youth.

“Anyway, so Ted called me up after that,” Morello said. “And while we certainly have differences, I consider him a friend.”

In a 2017 interview with The Guardian, Morello previously said that his “anarchist edge” and Nugent’s “libertarian edge” overlapped considerably, and that the two were on texting terms.

“Sometimes, if he says something outrageous that will fire up his racist base, I’ll text him to say, ‘Dude. What are you on about?’” Morello said at the time. “We’re able to talk about it as friends as opposed to people on the opposite sides of the barricade.”

Morello must be texting Nugent quite a bit lately considering the latter’s continuous tirade of misinformation and false claims since Trump lost the 2020 election.

Nugent has insisted the election was a fraud and that votes were rigged against Trump. He also called the late conservative talk show personality Rush Limbaugh “one of the smartest guys that ever lived” and a “perfect symbol” for America — opinions not likely held by Morello.

Watch Morello discuss his friendship with Ted Nugent below, followed by one of Nugent’s dubious rants.