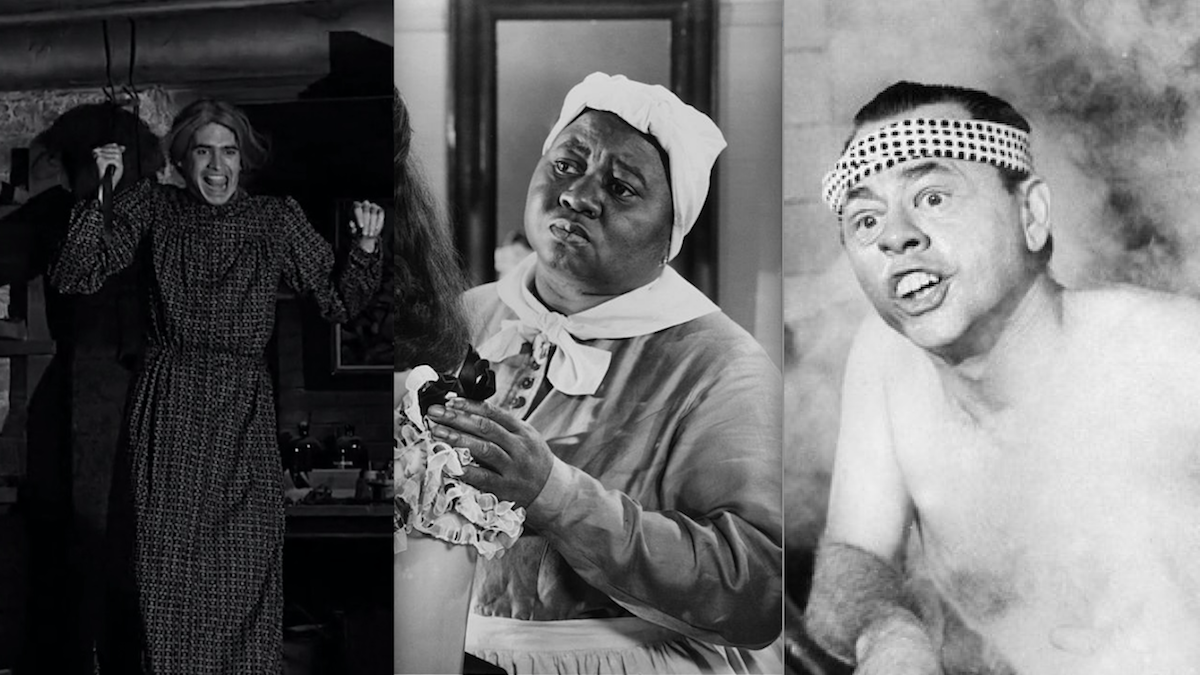 Turner Classic Movies has launched a new film series called Reframed: Classic Films In The Rearview Mirror. Taking  place every Thursday night during the month of March, the series addresses racism, sexism, and bigotry present in old movies through a modern lens. That means a bunch of iconic flicks — Psycho, Breakfast at Tiffany’s, Tarzan, you name it — are being reassessed with nuance and care, and likely prompting a wave of “cancel culture!” fearmongering in the process.

Since its formation, TCM has committed itself to preserving the most iconic movies from the beginning of film history and onwards, and most people associate it with the black-and-white flicks their grandparents used to watch. But as our country works towards equality onscreen and off, that means everyone must do their part to eliminate outdated stereotypes and prejudiced humor. TCM hopes to use their new Reframed series as a way to commemorate iconic movies in history without glossing over any ignorant or harmful depictions used within them.

“All of the films in this series are legendary classics, but when we watch them today, we’re seeing them in a different cultural context,” explains the network. “We often see problems now that we might not have seen when they were made, whether it’s about race, gender or LGBT issues. TCM’s five hosts will take turns doing roundtable introductions of each of the films where they will discuss these 20th century films with a 21st century perspective. The goal is never to censor, but simply provide rich historical context to each classic.”

So what will these discussions look like? Well, the show’s premiere kicked off last night with Gone With the Wind, Seven Brides for Seven Brothers, Alfred Hitchcock’s Rope, and 1939’s The Four Feathers and saw the channel addressing what the harmful depictions in these movies are, why they were included to begin with, and how it may alter their reception over time. The movies aren’t cut, censored, or altered in any way. It’s just the original movies being streamed in all of their (good and bad) glory with some context tacked on afterwards.

Prior to now, many critics and viewers alike have addressed the ways in which Gone With the Wind glorifies slavery and perpetuates racist stereotypes about Black Americans. TCM has experience when it comes to contextualizing the pros and cons of movies like this within a modern light, too, as was the case in 2019 when they hosted an hour-long panel examining those very problems in Gone With the Wind at the TCM Classic Film Festival. As such, Reframed isn’t a new adventure for TCM, but rather a commitment to using the organization’s in-depth knowledge to offer educational experiences for its longtime viewers and formerly ostracized film lovers.

“I think over the last couple of years, just as the world has changed and the culture has changed, we at TCM have really tried to lean into that, as well, and be more than just a place for pure nostalgia, but also to be a place that can really be a vital part of today’s cultural conversation, even though we are showing movies from the past,” TCM co-host Dave Karger told Deadline. “The idea was suggested to us that all five of us co-host this monthlong series where we take a look at a dozen or so true classic films, but look at them from a more contemporary viewpoint. And the idea is not to shame these movies or scold these movies, but just to explain some of the context for some of the content that might feel jarring, out of place, or even offensive in some extreme examples today.”

Because the hosts are allowed to suggest films to be included in the series, there already appears to be a wide range of issues represented in Reframed’s lineup. Psycho entered the picture after co-host Alicia Malone wanted to address the way trans people and gender identity have been treated in film history.

“I think the trans community is often left out of conversations like this, and it’s just looking at it through, again, a different modern lens of what does it mean to have a villain who dresses up like his mother (as Anthony Perkins did in Psycho), and if they mention the word transsexual in the film, which is, of course, a very outdated term now, they talk about it being a mental illness,” said Malone. “All of these can be problematic when we look at maybe some of the real-life repercussions of having a trans character or a crossdressing character be either something very comedic to laugh at or something quite horrific to think of as monstrous, particularly when you see the studies that most American people encounter an image of a trans person through film and television rather than in real life.”

The rest of TCM’s lineup for Reframed runs the gamut with picks like Guess Who’s Coming to Dinner, The Jazz Singer, Stagecoach, Tarzan the Ape Man, My Fair Lady, The Children’s Hour, Gunga Din, and more. Based on last night’s premiere, it looks like the series will make for a rather informative experience. Those interested in watching it can tune in at 8:00 p.m. EST on Thursdays this month via TCM.