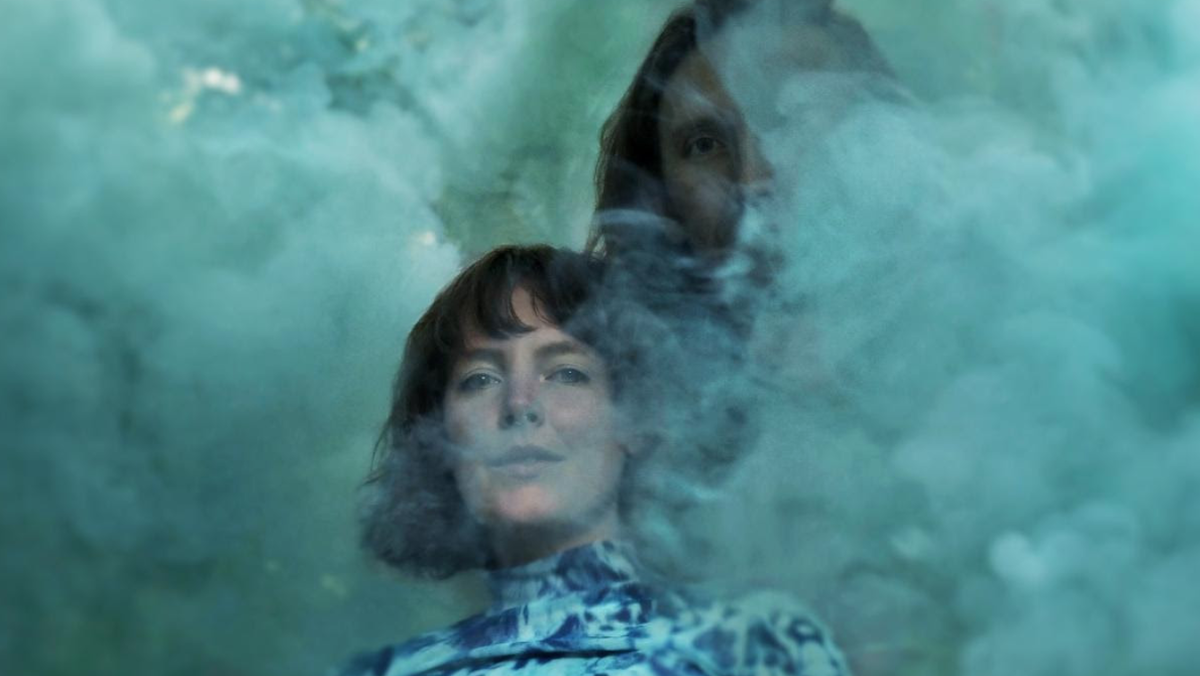 The Lowdown: At first glance, the crowd at a Sylvan Esso show may look still. Hone in on the mound of bodies, though, and you’ll see that the opposite is true: The crowd is moving unanimously. “Just imagine you’re the seaweed in Ursula’s cave,” lead singer Amelia Meath said during the band’s 2015 Tiny Desk Concert. Although she cringed at herself after sharing the thought, it was a resoundingly accurate way to describe the innate physical reaction the band provokes.

Comprised of Meath and producer Nick Sanborn, the duo formed in 2013 after unearthing the power of their combined talents. Meath told her then-boss Feist, “It’s sort of electronic music and he’s going to make beats and I’m going to sing and it’s going to be massive and amazing,” according to an Entertainment Weekly interview. And it’s true. Both mesmerizing musicians in their own right, their partnership is so intuitive and intimate that it eventually flourished into a marriage.

Now on their third major album, Sylvan Esso have yet to release a project that is any less enrapturing than their debut. And while there may not be any seaweed sashaying with strangers for the foreseeable future, Free Love is consuming enough to replicate the sensation.

The Good: Free Love is a stunning show of proof that Sylvan Esso have nearly perfected their mystical partnership. The album hatches with “What If”, an all-consuming poem that encourages a thorough challenging of the very nature of our existence. “What if End was Begin? Then would men be like mothers?” Meath asks, heightened by Justin Vernon-esque backing production that builds as her questions do. (Free Love is also the first record where Meath has co-production credit.) With her signature whimsical, wind instrument of a voice, Meath transforms even the scariest of overhauling questions into a peaceful positioning.

Rest assured, Sylvan Esso doesn’t exclusively grapple with the large-scale questions of life on Free Love. Equally as present on the album is a constant recollection of youth, contrasting the overwhelmingly complex by tapping into the intensity of our most instinctual feelings. The cyclical “Ferris Wheel” tells of a summer romance fueled by sweat and sensuality: “When I’m slamming in my dancing shoes/ Asphalt’s hot and my knees all bruised/ It’s the summer gotta lot to prove/ Can’t wait to do it, can you?” She’s then answered by a chorus of adolescent voices screaming back, “No!” It’s freewheeling, taunting, juvenile, and flirtatious, focused on the undeniably humanistic sensory sensations.

Later, on the redemptive “Numb”, the duo is more explicit, saying, “Not as easy as your ABCs/ Gotta move your body like a kid you see,” over a quivering beat and in between encouragements to “shake out the numb.” It’s solution oriented: To field off the existential dread, Sylvan Esso taps into the juvenile.

The Bad: Free Love is exactly the project you’d expect Sylvan Esso to put out. It’s compiled of the same elements that propelled the band to its current status: Sanborn’s hi-fi production bops around but eventually decides to buoy Meath’s soft, fluid voice, which is unraveling spools of visceral and existential lyrics. There are no surprises, no songs that challenge their established musicality, no risks taken. It might even seem easy to label this album as reductive or simplistic, to search for an electrifying hit and come up short.

Free Love is an inherently soothing album, but placed in the context of the year in which it’s being released, its predictability is practically a gift. Each of the 10 songs continues to build on the foundation Sylvan Esso have laid over the past seven years. It’s not boring or repetitive despite it being expected; it’s just the exact album you want them to put out. After all, hasn’t there been enough shock this year?

The Verdict: Free Love is an album you wade through, one that carefully encourages you to move with it and move through it, challenges your existence and presses you to feel, then drops you off lightly just a few feet away. It’s a true testimony to the fertile partnership that is Sylvan Esso. Throughout the album, Meath’s wistfully accentuated tone is made to shine by Saban’s production, so seamlessly bouncing off each other it’s as if they’re coming up for air at the same time. And while it may not be an earth-shatteringly inventive project, it’s arguably the best the band have put out so far.

As the album comes to a close, we hear Meath sigh and say, “cool!” almost with a touch of surprise, insinuating that what they created was so second nature, its near-flawlessness was almost an accident.

Pick up a copy of Sylvan Esso’s Free Love here…

Bruce Springsteen’s Letter to You Boldly Looks to the Future: Review

From Adele’s Monologue to ‘The Bachelor,’ Here Are All the Sketches From Her ‘SNL’ Hosting Gig

The Cult £24-Serum That Has Completely Transformed My Skin

How Londoners Are Really Dressing This Autumn

10 Ways to Make Your Coat Work Even Harder This Autumn

MAGNUM to Release Special Album, ‘Dance Of The Black Tattoo’, In January

Bruce Springsteen’s Letter to You Boldly Looks to the Future: Review

From Adele’s Monologue to ‘The Bachelor,’ Here Are All the Sketches From Her ‘SNL’ Hosting Gig

The Cult £24-Serum That Has Completely Transformed My Skin

How Londoners Are Really Dressing This Autumn

10 Ways to Make Your Coat Work Even Harder This Autumn

MAGNUM to Release Special Album, ‘Dance Of The Black Tattoo’, In January