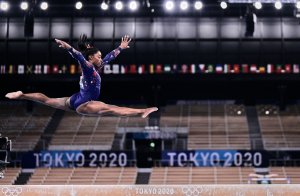 Simone Biles has done more in her 24 years on Earth than nearly any of her critics and detractors, so when you see pundits and others critiquing her decision to step away from completion, ignore them. The peanut gallery will undoubtedly have much more to say after Biles stepped down from participating in the individual all-around gymnastics finals at the Tokyo Olympics but most are siding with the Texas native’s decision to prioritize her mental health.

Biles found herself faced with immense pressure as she and the rest of the Team USA women’s gymnastics team entered the games with high expectations of dominating their events. While TEAM USA did notch a silver medal in the team competition, Biles stepped down from the events after exhibiting some trouble on the vault, an event she typically dominates.

Via social media, Biles made mention of the weight she’s struggled with given the fact she walked into the Summer Games as the top draw. The glare of the media and the competitive fire that burns within her made for a combination that even the GOAT needed time away from.

While the millions of fans who hoped to see Biles do the unimaginable yet again are certainly disappointed, no amount of fan adoration, gold medals, or accolades are worth the mental pain and anguish Biles is currently combating. The superstar gymnast is not alone as other prominent Black athletes such as tennis great Naomi Osaka has been public about her battles, and both women are inspiring others to take better care of themselves.

The gym floor will be there when Biles is ready to come back. For now, let’s just surround her with love and support from afar as she gets herself back on track. 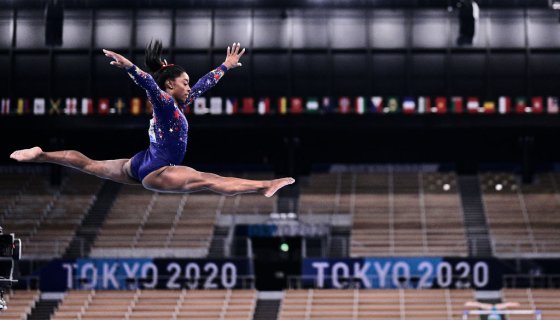