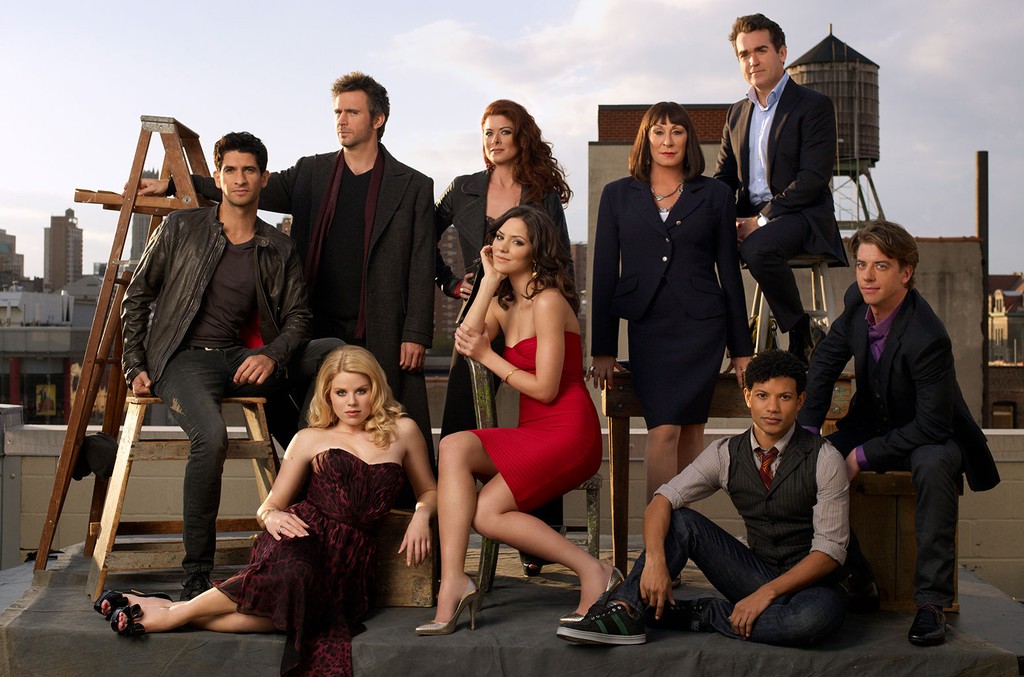 The stage production is inspired by the TV series of the same name, which ran for two seasons on NBC.

New musical Smash, inspired by the NBC series of the same name, is headed for Broadway.

Steven Spielberg, who is among the show’s lead producers, wrote in a statement that he is “personally thrilled” to be a part of this project.

“Smash is near and dear to my heart, and it seems fitting that a new musical inspired by what we did on the show would eventually come to the stage,” continued the filmmaker. “I’m beyond thrilled to be working with this incredible creative team and my producing partners, who began the Smash journey with me over ten years ago.”

Tony winner Bob Martin (The Drowsy Chaperone, The Prom) and Tony nominee Rick Elice (Jersey Boys, The Addams Family) will write the book, while Tony- and Grammy-winning duo Marc Shaiman and Scott Wittman (Hairspray), who contributed dozens of songs for the TV show, will provide the score.

Joining Spielberg on the producing team will be Neil Meron and Robert Greenblatt; all three worked on the original series while Greenblatt was NBC entertainment chairman. (He’s now chairman of WarnerMedia Entertainment.)

“We’re thrilled Steven wanted to embark on this musical with us,” said Meron. “We’ve all felt that Shaiman and Wittman’s incredible score for Smash belonged on Broadway.” He highlighted the two book writers along with Emmy-winning choreographer Joshua Bergasse, who is reprising his role for the stage musical and boasts numerous other credits including the 2014 revival of On the Town, which earned him a Tony nomination.

Many songs from the show’s TV counterpart will be featured in the musical, such as “Let Me Be Your Star.” The stage show will follow the same characters — a team preparing for a Broadway musical called Bombshell, about Marilyn Monroe — though will depart from the series in terms of some of the storylines.

Created by Theresa Rebeck, the TV iteration of Smash debuted in 2012, starring Debra Messing, Jack Davenport, Katharine McPhee, Megan Hilty, Christian Borle and Anjelica Huston. The show ran for two seasons before it was canceled by NBC amid a decline in ratings, though its popularity has endured with theater fans through cabaret performances and a 2015 cast-reunion benefit concert featuring the songs from Bombshell.

The stage musical is in active development and awaiting production dates.

This article originally appeared on The Hollywood Reporter.