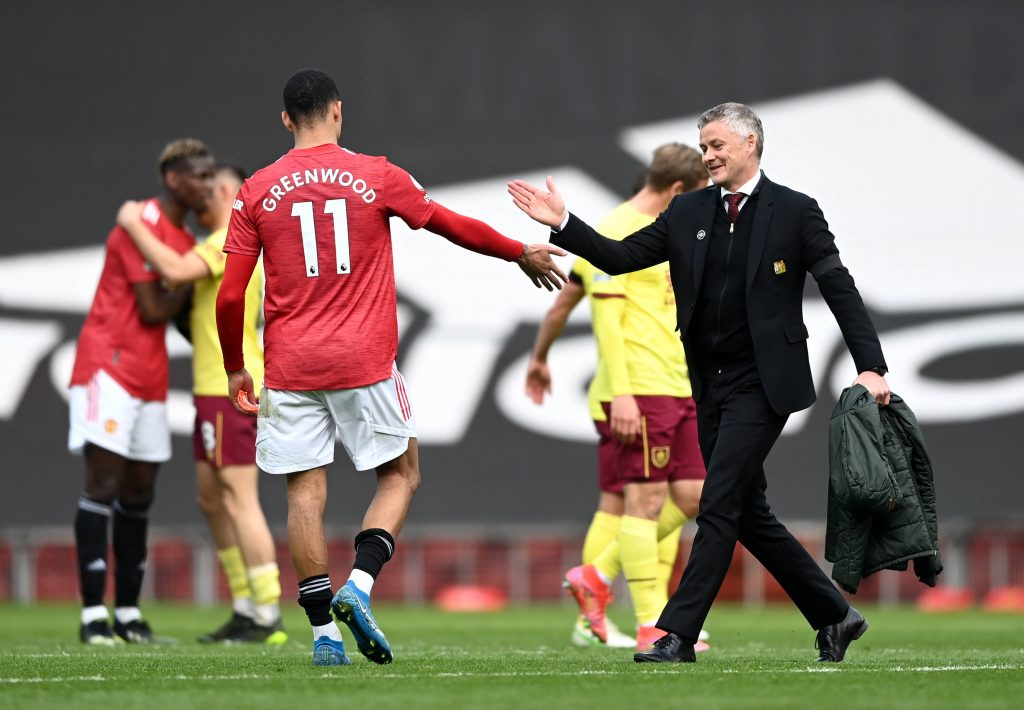 Manchester United manager Ole Gunnar Solskjaer was pleased for Mason Greenwood as he continued his fine run of form with a brace against Burnley in the Premier League.

The Red Devils secured a 3-1 victory over the Clarets on Sunday, and Greenwood played a key part by bagging the first two goals for the club.

The 19-year-old went through a lean patch earlier this season, but he has excelled since the back end of March with regular goal contributions.

He has now netted five goals alongside one assist from his last six matches, and Solskjaer was delighted for the club graduate after yesterday’s triumph.

He told Manutd.com: “He’s a good goalscorer, we know that. I thought the goal he scored against Tottenham shows that he’s worked on his game because he can go inside or outside and score, so he went outside.”

“Today he goes inside and scores. It must be a nightmare to defend against because he can go in or out, and go to his left or right. I’m so happy for him because he has put down a shift on the training ground.”

Greenwood had an impressive breakout season with the Red Devils last term, registering 19 goals from 51 appearances.

The England international has not had the same impact this term with only nine goals from 44 outings, but has found a purple scoring patch lately.

Greenwood, who is currently on £75,000-a-week, has been the driving force in United’s last three league games with four goals alongside one assist.

He has excelled from his role on the right wing which will lead to question marks whether United need to strengthen the position this summer.

It is well documented that the club are on the pursuit of a right winger, but they may change their stance amid Greenwood’s progress.

Read: ‘He’s back’: Manchester United fans heap praise on their forward after win vs Burnley.