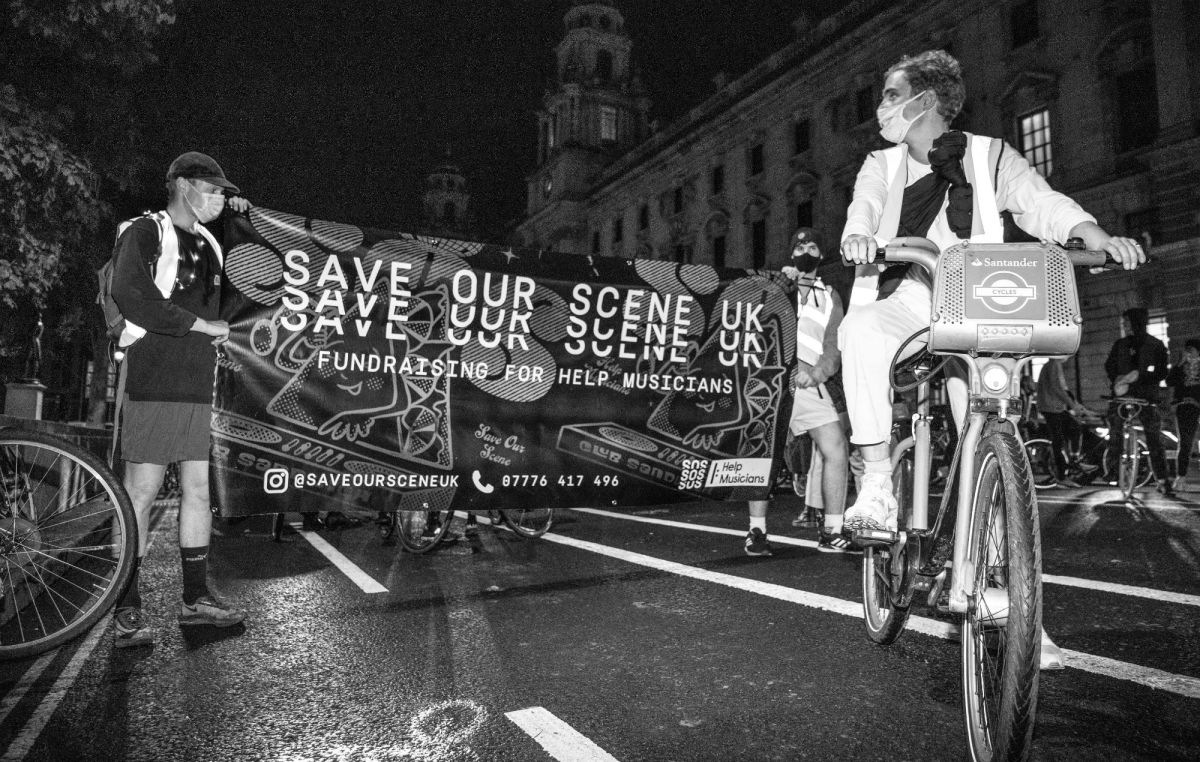 Save Our Scene, an organization formed to protect the music and hospitality sectors in the UK, has announced what they’re calling the “largest creative industry demonstration ever in the UK.”

For those unfamiliar with the status of the industry in the UK, COVID-19 restrictions pertaining to the hospitality sector were scheduled to be lifted on Monday, June 21st before the government delayed to July 19th. As we reported earlier in the month, a recent survey suggested that 50% of the region’s nightlife will not survive without government aid.

In response to the contentious delay, Save Our Scene has organized a large march and performance in London that will feature industry players, supporters, and a spate of artists, NME reports. The organization took to Instagram to detail the logistics of the event.

One day later, Save Our Scene shared a flier announcing which artists would be taking the stage at the protest.

Save Our Scene’s London protest is scheduled to take place on Sunday, June 27th at 12PM BST. You can learn more about the event and the organization’s mission here.