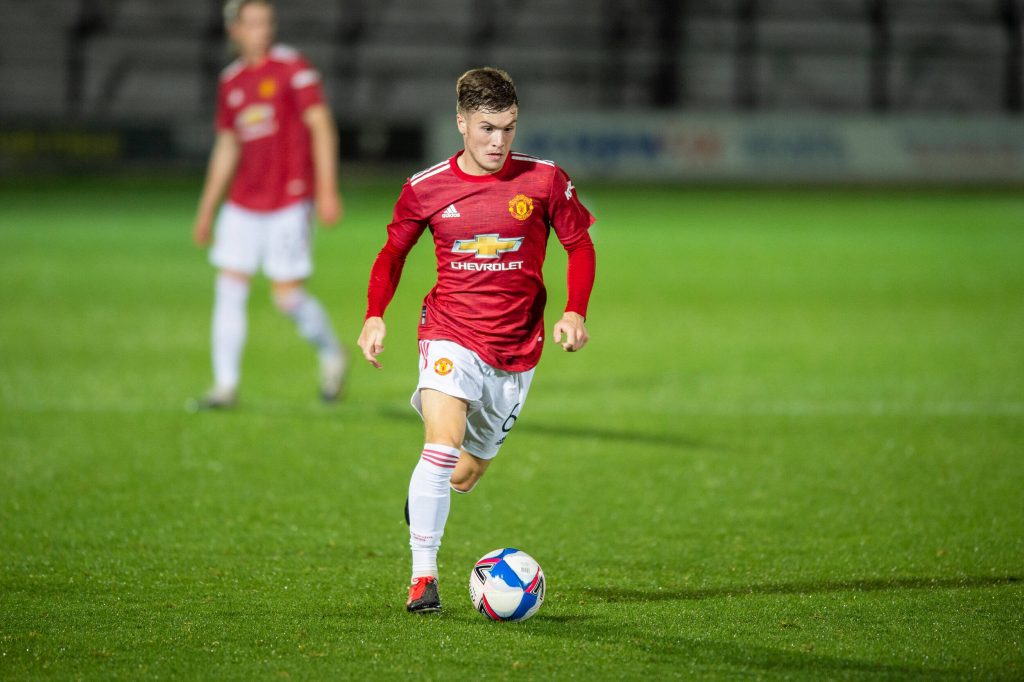 Rangers are interested in bringing Manchester United midfielder Charlie McCann to Ibrox this summer, according to Daily Record.

The 19-year-old is yet to make his first-team debut but has impressed with the Red Devils under-23s, with Light Blues boss Steven Gerrard keen on having him.

The Rangers boss has been alerted to McCann’s growing reputation for a while and monitored his progress.

The Scottish Premiership champions begin their title defence with a visit from Livingston on Saturday, and Daily Record claims Gerrard wants to add the Man Utd youngster to his squad before the new domestic season kicks off.

Rangers need to strengthen in the middle of the park, and Gerrard knows exactly what to look for in a midfielder.

Having been a goalscoring one himself, it appears McCann’s ability to operate in a deep role while also offering support to the attack has caught the eyes of the Ibrox chief.

The Irish teenager saw his goal tally improve last season with the Red Devils under-23s, and would likely fancy his chances in Scotland.

Rangers will need to pay Man Utd a fee for McCann should they want him as he still has 12 months left on his deal.

McCann has found it tough to get into the senior team of the Premier League giants, but the Light Blues would be offering a quicker pathway to first-team football.

Having represented England as an under-16 international before declaring for Ireland for whom he played at the Euros under-19 Championship finals, the midfield sensation knows one or two things about making crucial footballing decisions, and would now have to make one at club level which could have a huge say on his career and future.