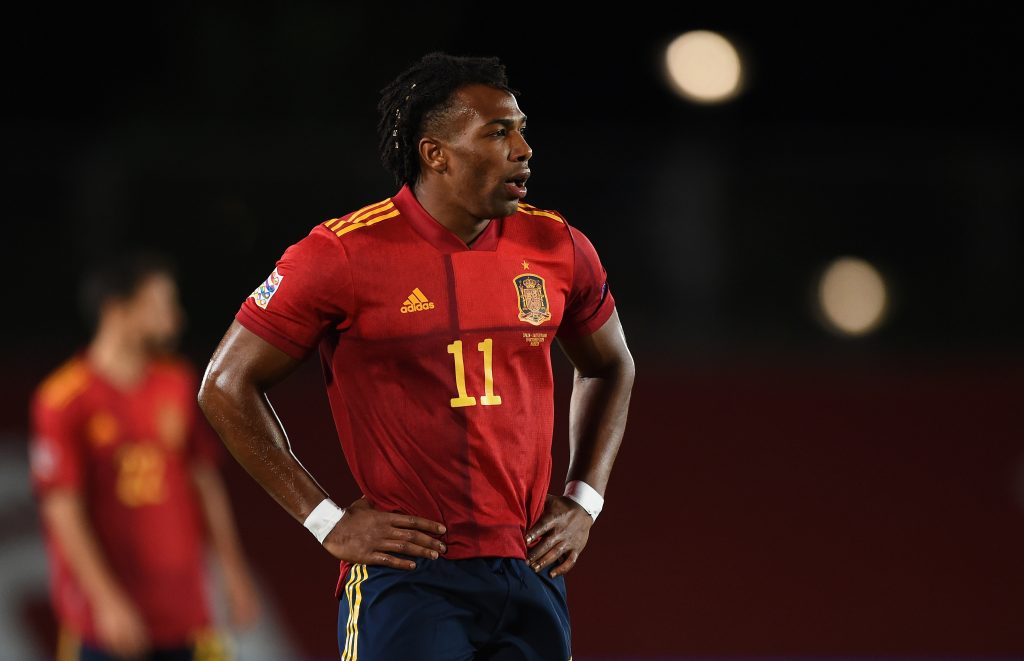 Adama Traore is close to signing a new contract at Wolves this summer, according to BBC Sport.

The 24-year-old joined Wolves from Middlesbrough for a fee of £18m in 2018. Since then, he has made huge progress under Nuno Espirito Santo.

The speedy winger made his debut for Spain earlier this month, and he is now set to sign a new contract at Wolves.

Traore was one of the key players for Wolves last season, managing six goals and nine assists in all competitions, and helped the club reach the Europa League quarter-finals.

According to reports from The Mirror, Traore was heavily linked with a move to Liverpool this summer.

The Reds were looking to bolster their attacking department and earmarked Traore as an option. However, they signed Diogo Jota from Wolves instead.

And now the Wolves winger is set to be handed a new £100,000-a-week deal, as Nuno views Traore as an integral part of his rebuilding plans.

According to reports from The Sun, Traore will join the top-level earner bracket at the club who are on a six-figure weekly salary.

He will become the fourth player behind Goalkeeper Rui Patricio, midfielder Joao Moutinho and striker Raul Jimenez who are on deals worth £100,000 a week or more.

The former Barcelona academy product is also reportedly wanted by the Catalan giants, but he prefers to continue in the Premier League.

Traore has indeed progressed immensely under Nuno Santo. He has always been a pacey winger, but his decision making and output were his weak points.

In recent years, Traore has improved on that area. He is tactically more aware, and his delivery from the flanks has improved a lot.

He can bamboozle opposition defenders with his smart decision making and incisive passes: things that were missing from his game. It is precisely for this reason that Liverpool showed interest in him.

Wolves demanded a fee in the region of £70m for Traore and the Reds were not willing to meet that amount.

To be honest, Liverpool have plenty of depth in their attacking ranks, and chances are very less that they would make another attempt to sign Traore in January or next summer, especially after the arrival of Jota.

Traore has worked extremely hard, and he deserves a new contract at the club. With big European clubs lurking, Wolves can now demand a massive transfer fee for Traore.