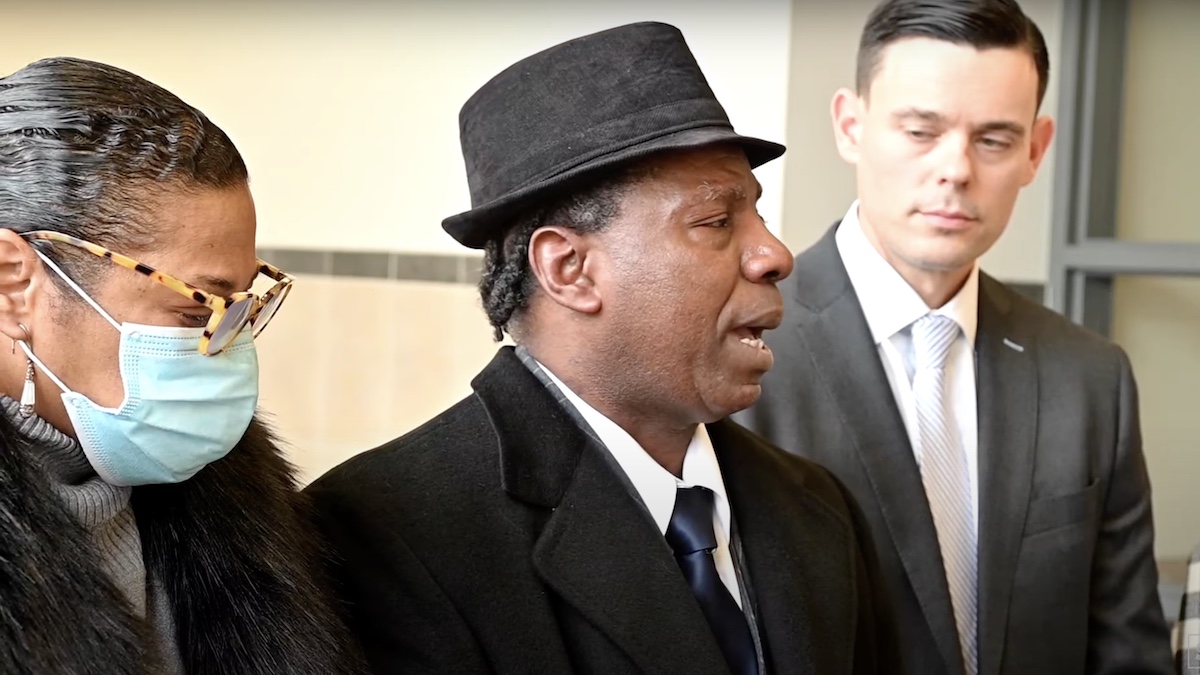 Timothy Mucciante was executive producing a film adaptation of Lucky, Alice Sebold’s 1999 memoir about being beaten and raped in 1981, when he noticed several issues with the subsequent trial that led to the conviction of Anthony J. Broadwater. Mucciante became so convinced that an injustice had occurred that he dropped out of the movie this past June, hired a private investigator, and turned over the findings to Broadwater’s lawyer. On Monday, as the New York Times reports, Broadwater was finally exonerated of the crime.

Broadwater, now 61, was only 20 years old at the time of his arrest. He had returned home to Syracuse, New York from a stint in the Marines to spend time with his ill father. Throughout the trial, his father’s health worsened, and he died shortly after Broadwater arrived in prison. He was released in 1998, and has been trying for the last two decades to prove his innocence.

The task was complicated by the publication of Sebold’s memoir in 1999, and again when her 2002 novel, The Lovely Bones, became an international bestseller. “On my two hands, I can count the people that allowed me to grace their homes and dinners, and I don’t get past 10,” he said. “That’s very traumatic to me.”

Muccianti became involved after signing on to executive produce a film adaptation of Lucky. He noticed some discrepancies between the screenplay and the book, and as he looked deeper into Sebold’s memoir, he became concerned that law enforcement hadn’t done their due diligence.

“I started having some doubts,” he said, “not about the story that Alice told about her assault, which was tragic, but the second part of her book about the trial, which didn’t hang together.”

Sebold was raped in her freshman year at Syracuse University, and she notified campus police soon after the attack. She wrote that while she described the assailant’s features to the police, the resulting composite sketch didn’t resemble her memory.