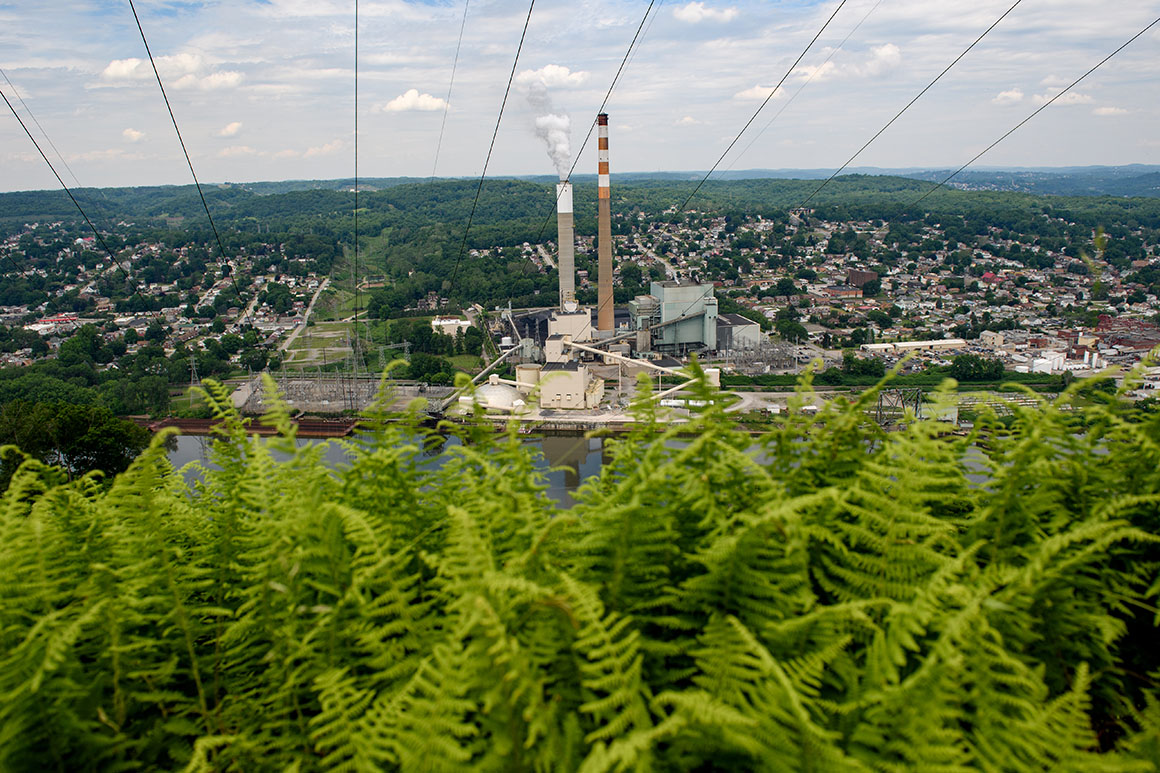 Powerful groups like the Pennsylvania Manufacturers’ Association and the Pennsylvania Independent Oil and Gas Association, along with coalitions like the conservative Citizens Alliance of Pennsylvania and the Power PA Jobs Alliance that links labor unions, businesses and consumers have mounted a last stand in opposition to RGGI. The groups are urging their members to write letters expressing their resistance to the program and support for bills like Senate Bill 119, which passed by a veto-proof margin in the state Senate and would require Gov. Wolf to seek the legislature’s permission before entering RGGI.

“When you start explaining to (people) and going into the details (of RGGI), it goes from them simply not caring about it to being scared,” said Mark Hilliard, the president of the Indiana County Chamber of Commerce.

The opposition from the state’s fossil fuel sector and organized labor doesn’t make a pro-RGGI stance for Democrats easy. Rep. Greg Vitali (D-Delaware), the ranking member in the state House environmental committee and a RGGI supporter, said the labor unions are a “strong political force,” putting Democrats in a “tough spot” since unions and environmental groups are traditionally party allies.

“It’s difficult because we are really just a major fossil fuel producing state,” he told POLITICO. “You have a lot of economic interests. In addition to this organizing resistance, you have a lot of people in Pennsylvania who are viewing this understandably through their own jobs, even though RGGI is clearly the right thing to do. It’s essential to do.”

But a diverse group of RGGI supporters are defending the policy, buying ads on Facebook in the last few months, including the Sierra Club, Clean Jobs Pennsylvania, the Environmental Defense Fund, and Conservatives for Responsible Stewardship, investor group Ceres and companies like oil giant BP plc.

State officials say Pennsylvania’s reliance on coal is coming to an end with or without RGGI.

The Department of Environmental Protection wrote in its final rulemaking that “most if not all the coal-fired generation” in Pennsylvania “will cease operation by 2025” regardless of whether it joins RGGI. The state’s percentage of coal-generated electricity has dropped by more than half since 2010 following national trends as more than a dozen coal-fired plants have closed since then, DEP spokesperson Neil Shader told POLITICO.

For coal workers who fear RGGI will decimate their industry, it feels like the goalposts just keep moving.

“I want my kids to have a good planet to live on. I’m not about destroying the Earth, but I also lived through my company spending $1 billion to make sure we’re being environmental stewards,” said Aric Baker, a continuous emissions monitoring system technician at the 1.7 gigawatt Keystone Generating Station in western Pennsylvania, referring to the upgrades coal plants have made to comply with a slew of environmental standards. “And now we’re being cut off at the knees.”

Hilliard said there are 1,225 direct coal jobs in Indiana County home to three coal-fired plants with a fourth nearby in Armstrong County, from which Indiana County earns $873 million in tax revenue. If these plants shut down, Hilliard said he expects businesses will struggle and schools will need to consolidate.

“Every time the government gets involved in something, it gets screwed up,” said Mike Belding, chair of the Greene County commissioners, another coal-heavy county in southwestern Pennsylvania. “Let the systems of supply and demand free of government interference sort out the future of coal.”

But just as there is frustration on the part of fossil fuel workers, so too is there a sense of urgency in the environmental community to cut pollution to fight climate change that is threatening the planet.

“What’s the alternative? Do we do nothing?” said Mark Szybist, the Natural Resources Defense Council’s senior attorney for climate and clean energy, arguing in support of Pennsylvania entering RGGI.

Republican Pennsylvania legislators as well as a minority of Democrats are trying to prevent the state from entering the carbon trading program despite the looming Jan. 1 start date.

After the Independent Regulatory Review Commission greenlit the program to move forward last month, RGGI is poised to undergo a legislative review process that could drag into the winter months. That could delay Pennsylvania’s entry date, though Shader said the state can enter during any of the 2022 quarterly auctions of the emissions allowances.

Legislators have queued up a disapproval resolution of Gov. Wolf’s plan for a vote in the state Senate on Oct. 18 and in the House on Oct. 25. If a simple majority passes the resolution, Wolf would have 10 calendar days to issue a veto, setting up a veto override vote that would need two-thirds support in both chambers.

Under a second legislative track, lawmakers could pursue passage of SB 119, which could force Wolf’s administration to step back from its plan to join RGGI next year and now awaits action in the House. And if Wolf is replaced by a RGGI opponent in next year’s election, a new governor could reverse RGGI participation like New Jersey did before it reentered the program last year. And of course, opponents will take their challenges to court seeking to delay or block the state from joining.

“The question isn’t whether a lawsuit will be brought, it is exactly when and in what form and how many suits by what parties,” Szybist said.

RGGI opponents say rather than cutting overall emissions, Pennsylvania joining the program will simply result in emission “leakage,” since not every state in the PJM Interconnection power market belongs to the carbon trading system. That’s what Seth Blumsack, a professor of energy and environmental economics at Pennsylvania State University, found in a 2020 study he co-authored that showed as much as 86 percent of emissions reductions achieved by Pennsylvania under RGGI would be offset by increases in non-RGGI PJM states.

While the Natural Resources Defense Council disputes the 86 percent emissions leakage finding, the NRDC and the DEP acknowledge some shifting of pollution is possible. DEP projects its plan would still result in a reduction of 28 million tons of carbon dioxide across PJM by 2030, and that an estimated 1.2 percent increase in residential electric bills from joining RGGI would be temporary and would disappear by 2030 thanks to investments from RGGI proceeds.

Blumsack’s study ultimately supported Pennsylvania joining RGGI, noting significant health benefits, net reductions in pollutants across the PJM region and increased revenue for the state. DEP estimates between 97 and 227 million short tons of carbon dioxide that would have been emitted by Pennsylvania sources over the next decade would be avoided under RGGI.

Shader told POLITICO the state isn’t worried about running short of power, and that it will continue to be a net energy exporter despite DEP forecasting its net electricity generation would decline by about 30,000 gigawatt hours by 2030.

And the agency expects joining RGGI would raise $300 million in the first year of participation, and that health benefits soar to up to $6.3 billion by 2030 due to reduced pollution. But some who live and work in and around the state’s fossil fuel sector believe RGGI is set to accelerate economic hardships.

“If you ask me, right now West Virginia and Ohio are happy to see Pennsylvania join RGGI, and that would be a great Covid recovery plan for those two states while we go down the wrong road,” said Shawn Steffee, a business agent at Boilermakers Local 154 in Pittsburgh, who is opposed to Pennsylvania’s participation in RGGI.

A bill backed by Wolf that would use RGGI funds to support communities hurt by potential plant closures and spur green innovation has seen no movement in the Republican-controlled Legislature. Nick Troutman, the chief of staff to the Senate environmental committee’s Republican chair, said “there are no plans” to bring the bill up for consideration.

“The nature of this particular transition is less about one mineral resource versus another,” Blumsack said. “I think there are real questions and real fears about what comes next, but there are huge innovation and economic opportunities. This will be a fairly major industrial transition.”