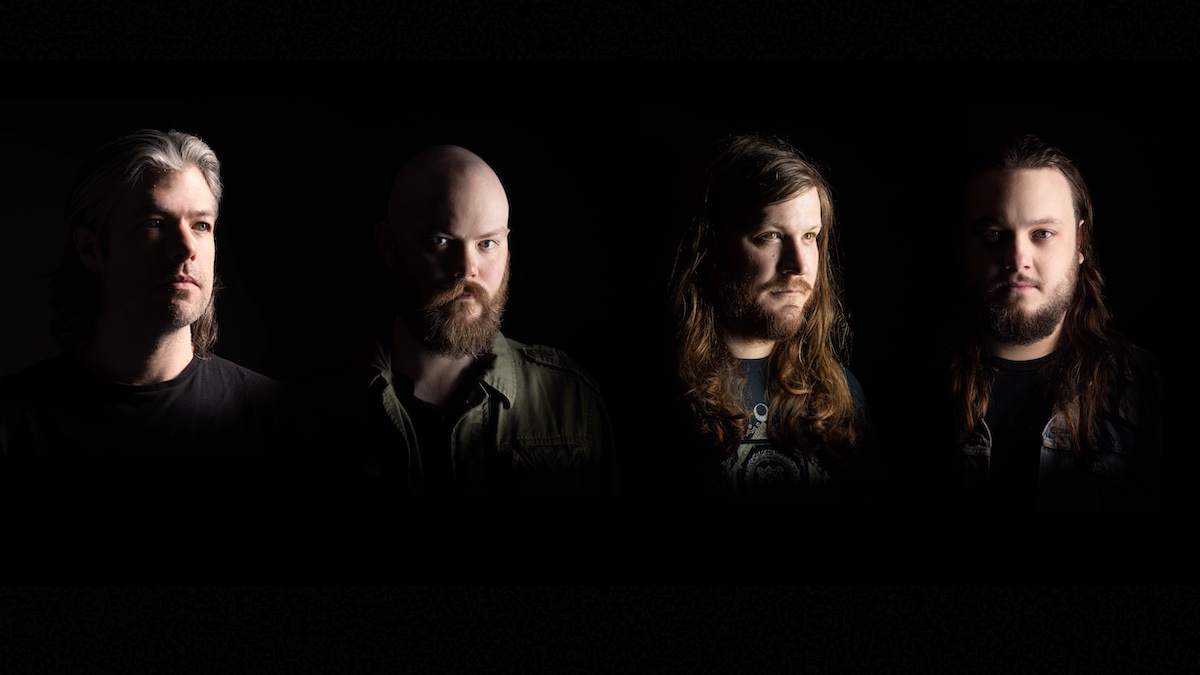 The Gist: Pallbearer have ascended the arduous music industry ladder like many metal bands before them. They released a strong demo in 2010, got indie label attention, and released a string of successful underground doom albums. Now, the band is freshly signed to storied metal label Nuclear Blast Records for their fourth studio LP, Forgotten Days. The album marks that proverbial turning point in their career. There are expectations from thousands of fans the band has built over a decade of touring and releasing music — much of it among the finest doom metal money can buy. Not to mention Forgotten Days arrives amidst a global pandemic that delayed the album’s release for months and renders it currently un-tourable. As Pallbearer bassist Joseph D. Roland told Heavy Consequence, a world without new music is bleak indeed, and new Pallbearer seem like just the cure for dark days. Despite the sense that there was added pressure on the band surrounding their fourth album and Nuclear Blast debut, you can’t tell from hearing it.

The Good: If you feared Pallbearer would somehow water down or make their music more universal now that they’re on the big metal label, don’t worry. Pallbearer’s brand of melodic doom is admittedly pretty accessible anyways, and they stick close to their established template on Forgotten Days. Vocalist/guitarist Brett Campbell’s melodic style is even more commanding and confident. He tries out new inflections and operatic gestures on the immensely entertaining opening title track, which boasts an all-time Top 5 Pallbearer riff that kicks off the album in epic fashion. A chorus-affected guitar arpeggio during the bridge goes straight to the hearts of doom metal fans who yearn for those timeless melancholic tones.

The rest of the songs aren’t as immediate, however, and require a bit more patience. The mid-tempo “Riverbed” pulls back firepower for a more restrained, almost slowcore rocker, a style Pallbearer pull off immensely well, before “Silver Wings” and “Rite of Passage” embark on the winding prog-like arrangements the band introduced on Heartless. Swaths of comforting synthesizer goo — a side-specialty for Roland, who has performed solo show using synths — help to diversify the sonic palette and breath space into the stereo spectrum. Perhaps most satisfying for listeners — stuck at home, unable to see Pallbearer perform these tracks live — is the sound quality of Forgotten Days. Bringing in doom producer extraordinaire Randall Dunn paid big dividends. The recordings are organic and warm, tracked psuedo-live and with minimal overdubs, according to Roland. Drummer Mark Lierly and Roland tracked their parts together, then Campbell and guitarist Devin Holt laid down their guitar overdubs together. Dunn then combined the parts, and the results are harmonious.

The Bad: The long, drawn-out song arrangements on Heartless were difficult, especially for those who were introduced to Pallbearer through the drudgingly paced doom of the band’s early output. The songs in this vein on Forgotten Days — “Silver Wings” and “Vengeance & Ruination” — are more approachable, but they still might not register with the doom purist. There’s too many notes. That said, the album is cohesively structured to give these tracks the most impact when encountered during a full front-to-back listen. Lyrics from one song inform another, and the album benefits from the LP format.

The Verdict: Forgotten Days is arguably the best doom metal album of 2020 and an impressive label debut. Thanks to Dunn’s minimalist production, the album is a sonic pleasure, and it’s instantly more listenable and accessible than Heartless. The new songs have that soaring emotional quality that’s patently Pallbearer, and the band sounds unfazed by any new distractions or expectations introduced by the increased exposure of being a successful band. Most importantly, the album offers 53-minutes of reprieve for a deprived fan base that can only watch, listen, and wait as the pandemic tragically keeps bands like Pallbearer off the live stage.

Stream Pallbearer’s Forgotten Days below, and pick up the album here.