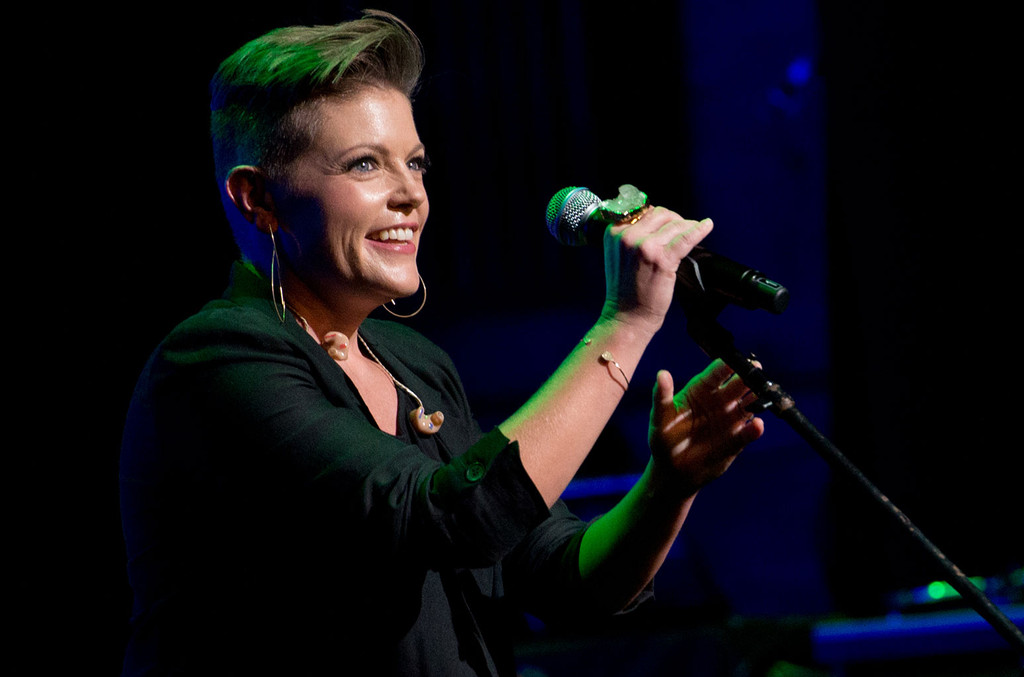 There is so much to love on the new album from The Chicks, Gaslighter. But one of the lines a lot of people are focusing in on appears to dish some very specific dirt on an indiscretion that occurred on a boat, hence the song “Tights on My Boat.”

But on Monday morning (July 20), lead singer Natalie Maines — who has talked about how her divorce from actor Adrian Pasdar had inspired a number of the lyrics on the group’s first new record in 14 years — appeared on her old pal Howard Stern’s SiriusXM show to explain the origin of the line, as well as how she took inspiration from Miley Cyrus’ beats this time around.

Maines, a Stern superfan who Zoomed into the show surrounded by her show memorabilia — including her tour-damaged Flat Ronnie — commiserated with the radio host about their coronavirus paranoia, with Maines dubbing herself the “Corona Queen” for her stay-at-home, social distancing frenzy.

“I think ‘chicks’ are cool,” she told Stern, assuring him that the band’s new foreshortened name — they dropped the “Dixie” part recently in the wake of a national reckoning over Civil War-related references — is not offensive to women. “It’s better than ‘broads.'”

With all three members of the group, which also includes mutli-instrumentalist/singers Martie Maguire and Emily Strayer, now divorced, Stern praised the brutally honest, “painful” lyrics on the album, wondering if the stories are all about Maines’ split or if it represents all their experiences.

“Everyone is drawing from their own lives when they’re contributing lyrics, but, yes, I was definitely the one going through it at the time,” she said, noting that there are a number of co-writers in the mix this time around, including producer Jack Antonoff, Teddy Geiger, Justin Tranter, Ariel Rechtshaid and Julia Michaels.

More than anything, she said, the sessions were “raw,” and cathartic, which led Stern to hone in on those tights to find out just what went on, assuming an image that distinct must have been ripped from the headlines. Maines laughed and said, “I hate to disappoint, but that’s not true, that’s just fun.”

Stern then played “Gaslighter,” which also mentions the boat, marveling at the specificity of the takedown of a bloviating liar who just took and took.

“How did you make that up?” Stern partner Robin Quivers asked. “I didn’t say there wasn’t a boat involved, I’m saying there weren’t tights,” Maines quipped, noting that she can’t actually discuss her divorce because of a non-disclosure agreement she signed. “It’s just not true that it’s all about me, but I was the one going through it… I wonder if they’ll play this conversation in court?” she added, before explaining that the album is so real-feeling because the emotions are very on-the-surface, even if she would rather not discuss the specific inspirations.

One influence she did cop to, though, was Miley Cyrus. Working with producer Antonoff, who she first met at a Stern birthday show several years ago, was a new experience for the band. “I just loved watching him work… we’d never written like that, building a track as you’re writing the lyrics and the melody and it’s such a better way of writing for me,” Maines said. “It’s so much easier when you have a groove, and sort of a beat being built because it just makes you hear a lot more ideas of how phrasing can go and how much more percussive lyrics could be.”

It was so inspiring that Maines said she’ll probably never go back to the old days, when the Chicks would collaborate with their co-writers by sitting around in a circle with acoustic guitars and Maguire’s fiddle trying to find the song, which now feels limiting.

“A lot of times he’ll say, ‘do you have a groove you like?’ So I always have things I like, I usually steal from Miley Cyrus… just her beats, like not her melody, ‘Ooh, I love the groove to this song can we do something kind of like that?'”

Asked how she feels about sending her 16-year-old son possibly returning to school in the fall, the mother of two pulled no punches. “It is crazy that we have a leader that is… I mean it’s murder, it’s second-degree murder. He’s not having to physically kill people but his ignoring things and just speaking complete lies and re-tweeting that Chuck Woolery tweet, it’s unbelievable,” she said, praising California Gov. Gavin Newsom for his hard work protecting his citizens while seemingly denigrating Pres. Trump for his lack of leadership in combating the COVID-19 pandemic.

At one point, Maines also revealed that in an effort to end their contract with Sony Music, before recording Gaslighter the band was poised to make an album of Patti Griffin covers, before their manager made them think otherwise. Now that they are free agents, Maines said they will definitely consider an offer from Sony to re-up, but it’s possible, though unlikely, they’ll go it alone.

Sony is reportedly close to buying Crunchyroll for nearly $1 billion

The Verge guide to The Mandalorian

Waymo pulls back the curtain on 6.1 million miles of self-driving car data in Phoenix

Halloween isn’t risk-free, but it can be lower risk

Break Up To Make Up?: Rumors Swirl After Tiffany Haddish & Common Allegedly Unfriend Each Other On Social Media

Sony is reportedly close to buying Crunchyroll for nearly $1 billion

The Verge guide to The Mandalorian

Waymo pulls back the curtain on 6.1 million miles of self-driving car data in Phoenix

Halloween isn’t risk-free, but it can be lower risk

Break Up To Make Up?: Rumors Swirl After Tiffany Haddish & Common Allegedly Unfriend Each Other On Social Media