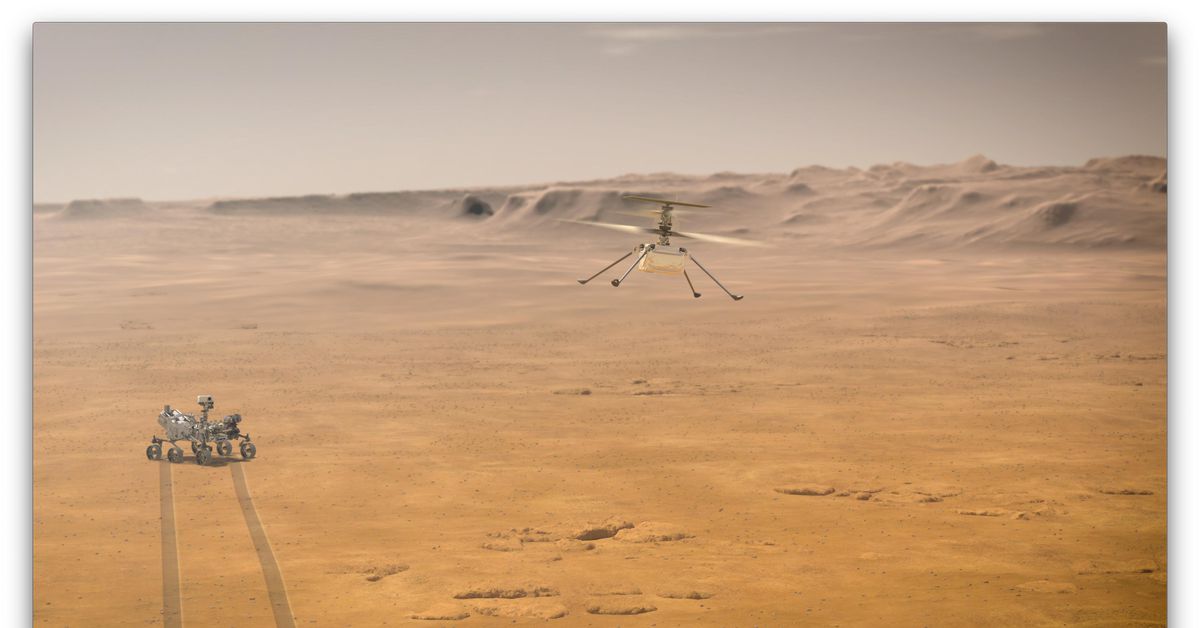 NASA has rescheduled the first flight of its Ingenuity Mars helicopter to April 19th at 3:30AM ET, the agency announced Saturday.

The four-pound helicopter that arrived on Mars on February 18th with its parent rover Perseverance has seen its first flight delayed a few times. It touched the surface of Mars on April 4th, and has been undergoing tests and checkouts. It survived its first night alone on Mars’ frigid surface, passing a first test of its independence from Perseverance.

The craft was scheduled to take flight April 11th, but last weekend NASA said data from a high-speed rotor test showed the test sequence ended early, as Ingenuity’s computer tried to switch from pre-flight to flight mode The date was pushed back again after Ingenuity experienced a minor software glitch.

Engineers at NASA’s Jet Propulsion Laboratory decided to modify and reinstall Ingenuity’s flight control software, a process that took several days. NASA tweeted Friday night that Ingenuity had completed a full-speed spin test and a decision about the next flight date was forthcoming. The little helicopter has been waiting on the surface of Mars’ Jezero Crater as NASA engineers tested and reinstalled the flight software.

While Ingenuity is not the main focus of Perseverance’s mission on Mars— which is to look for signs of life and take dirt samples— the little helicopter could provide a leap forward in human exploration of Mars and other celestial bodies. Rovers like Perseverance can only move so far and don’t have details about what may lie ahead in their paths. But a small craft like Ingenuity can become like a scout, flying ahead to help the rover navigate Mars’ surface, and get to areas that other vehicles may not be able to reach.

Once it does take off, Ingenuity will climb about 10 feet (3 meters), then hover in place for 30 seconds before turning in midair and descending back to the surface. The camera on its underside will take 30 photos per second of the ground. A larger camera will face the horizon and snap photos while in flight, and at the same time Perseverance’s cameras will take pictures of Ingenuity flying.

If you’re up for an early morning Monday (or late night, depending where you are), you can watch the live stream of Ingenuity’s flight starting at 6:15AM ET/3:15AM PT, on NASA Television, the agency’s website, and social media platforms, including YouTube and Facebook.