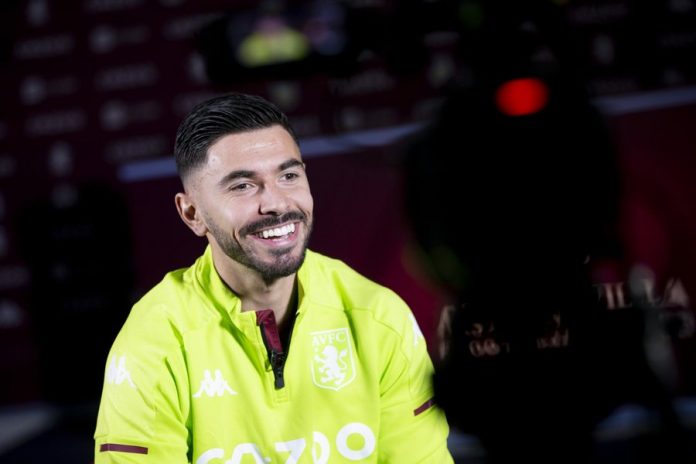 Morgan Sanson took to Twitter to express his reaction after signing for Aston Villa.

Villa confirmed on their official website that they have signed Sanson from Marseille for an undisclosed fee.

The 26-year-old has signed a four-and-a-half-year deal at Villa Park. He said he is ‘very happy and proud’ to have joined Villa, and has thanked the fans for their kind messages.

Very happy and proud to join the @AVFCOfficial family..
Thank you very much for all your messages.. Can’t wait to start this new adventure in @premierleague .
Go Villans!! 💜😃 pic.twitter.com/pNmKYKKFDd

Marseille also posted a heartwarming message on Twitter, thanking him for his contribution for the French club over the years.

Sanson played for Le Mans and Montpellier before joining Marseille in January 2017.

He has been an integral part of the Marseille squad, helping them to a runners-up finish in Ligue 1 last season and to reach the Europa League final in 2018.

According to reports from Sky Sports, Villa will pay £14 million to the French side for Sanson and the package could rise to £15.5m with add-ons.

Sanson has been pretty impressive this season as well. He scored two goals and provided three assists in 10 Ligue 1 starts for the French outfit.

Villa offloaded Conor Hourihane this month and they have now moved quickly to bring in a solid midfielder who would add depth and quality to the squad.

Sanson is a highly experienced midfielder who is expected to bring a creative edge to the current Villa squad. Villa are ninth in the Premier League table with 29 points, with three games in hand.