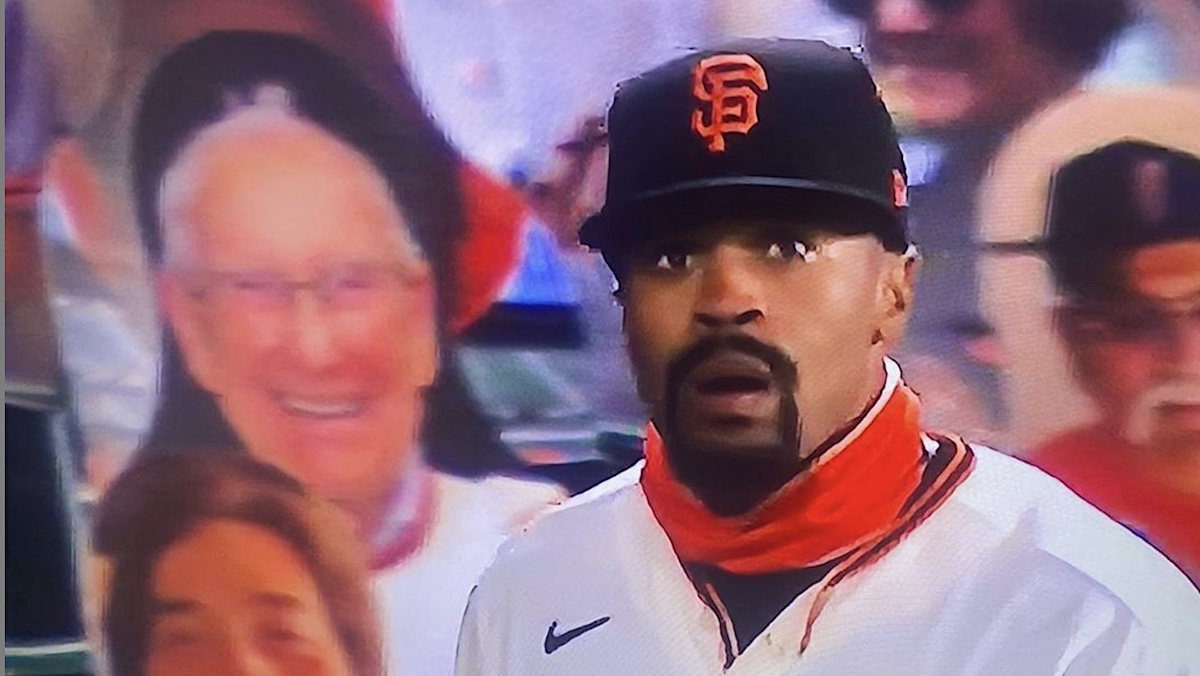 Metallica legend Cliff Burton’s father, Ray Burton, who passed away at the age of 94 in January, appeared posthumously at a San Francisco Giants game this week — thanks to the new fan cutouts that are taking up seats at Major League Baseball stadiums this season.

Following the tragic death of Cliff in a tour bus accident in 1986, Ray remained a longtime supporter of Metallica up until his death earlier this year. He often appeared at the band’s shows, where he was sometimes brought up on stage, and helped preserve the legacy of his son, one of metal’s greatest bassists of all time.

With the MLB season having just kicked off after the original start was delayed due to the COVID-19 pandemic, teams are playing in empty stadiums. Several teams, including the Burton family’s hometown Giants, are filling up the seats with cardboard cutouts of season ticket holders and other fans.

An eagle-eyed viewer captured a still of Giants outfielder Jaylin Davis on first base during the team’s home opener at Oracle Park, and in the background is a cutout of Ray Burton, smiling from ear to ear. The official Cliff Burton Family Instagram page shared the still, with the caption, “Thank you @sfgiants for including Ray Burton in your opening home game cutouts! Ray loved the Giants! Thank you Tim Healy for capturing this screenshot. #rayburton #cliffburton #sfgiants #mlb.”

Upon Ray’s death in January, each member of Metallica honored the father of their fallen bandmate. Frontman James Hetfield even penned a poem in tribute to Ray, writing in part, “To his last breath, I’ve not met a more positive man/ And to his son there was not a more loyal fan.”

Metallica have a longstanding relationship with the San Francisco Giants, with a “Metallica Day” held each year at the stadium. See our coverage of last year’s “Metallica Day”, in which Hetfield and guitarist Kirk Hammett performed “The Star-Spangled Banner” prior to the game.

Check out the smiling cardboard cutout photo of Ray Burton at Oracle Park in the Instagram post below.