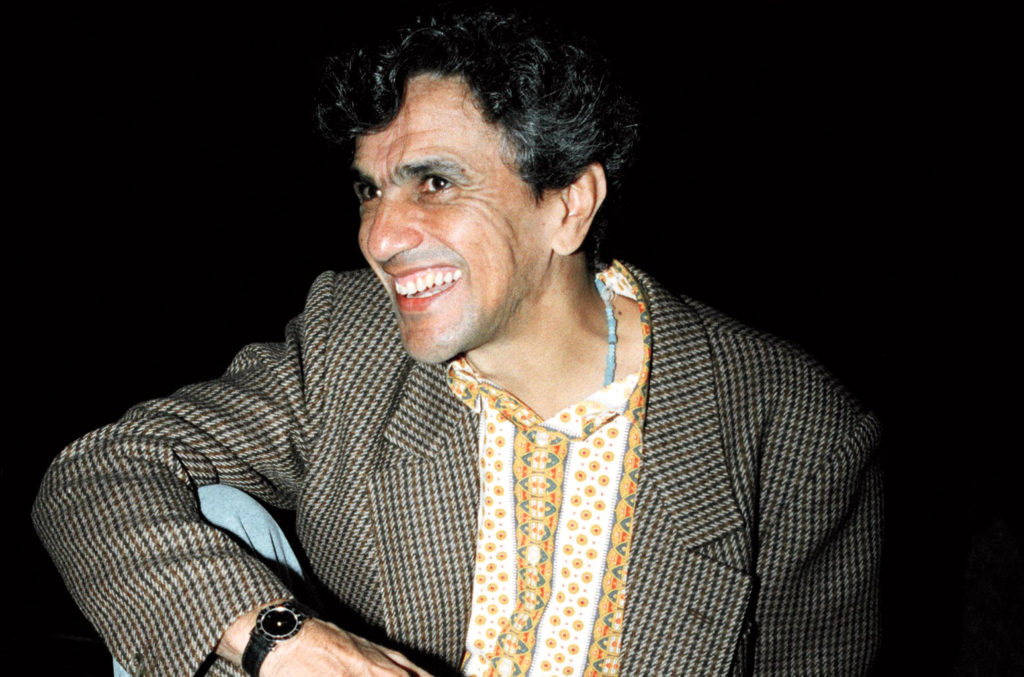 One of Brazil’s best-known singers and political activists, Veloso purposely wrote this upbeat tune about freedom in a rock’n’roll style, hoping to provoke Brazilian youth as a military dictatorship engulfed the country. Though Veloso’s use of electric guitars drew boos from a festival crowd, the song still became one of the most revered of the tropicália movement, and Veloso’s most popular in his five-decade career, with its urgent refrain about wanting “to keep living”: “Why not? Why not?”

The Chilean singer-songwriter and Communist activist wrote this hauntingly wistful folk song — a testament to his reason for becoming a revolutionary artist — just weeks before he was tortured and shot to death by soldiers of Augusto Pinochet in the dictator’s September 1973 coup. Jara’s widow, Joan, released the song posthumously; it compares his “hardworking” guitar to “holy water,” and the lyrics seem to anticipate his brutal death: “For a song has meaning/When it beats in the veins/Of a man who will die singing/ Truthfully singing his song.”

Argentine writer María Elena Walsh wrote this mellifluous ballad in 1972, but Sosa — one of Latin America’s most revered female voices — made it famous seven years later, reinterpreting Walsh’s words as a resistance anthem for those “disappeared” by the military dictatorship during Argentina’s Dirty War. For Walsh, who lived openly as a lesbian in the face of a homophobic and antifeminist government, it was a credo of survival and transcendence, with the cigarra (cicada) symbolizing resilience and defiance against death. Sosa called it a “serenade” for “our homelands, for our values, for our frustrations.”

Cartagena, Colombia, native Arroyo’s salsa classic about the pain and resilience of slaves who came to South America from Africa first appeared on his album Musa Original. “La Rebelión” — a version of which was originally recorded as “El Mulato” by Robert y Su Banda — takes place in 1600s Cartagena, then South America’s largest slavetrading port. It tells the story of a slave who refuses to let a Spanish trader beat his wife and gives voice to the nowiconic chorus: “No le pegue a la negra” (“Don’t hit the Black woman”).

Guatemalan singer-songwriter Arjona duetted with regional Mexican band Intocable for this track from his album Adentro (“Inside”). The song highlights the struggle of illegal immigrants, lending dignity to the titular “wetback” (a term often used as a racial slur) who tearfully leaves his country in search of a better life. The song was released during George W. Bush’s presidency, but its lyrics about an undocumented man who “carries a weight that the documented wouldn’t carry/Even if obligated” resonate especially strongly in Trump’s America.

This article originally appeared in the Oct. 17, 2020, issue of Billboard.