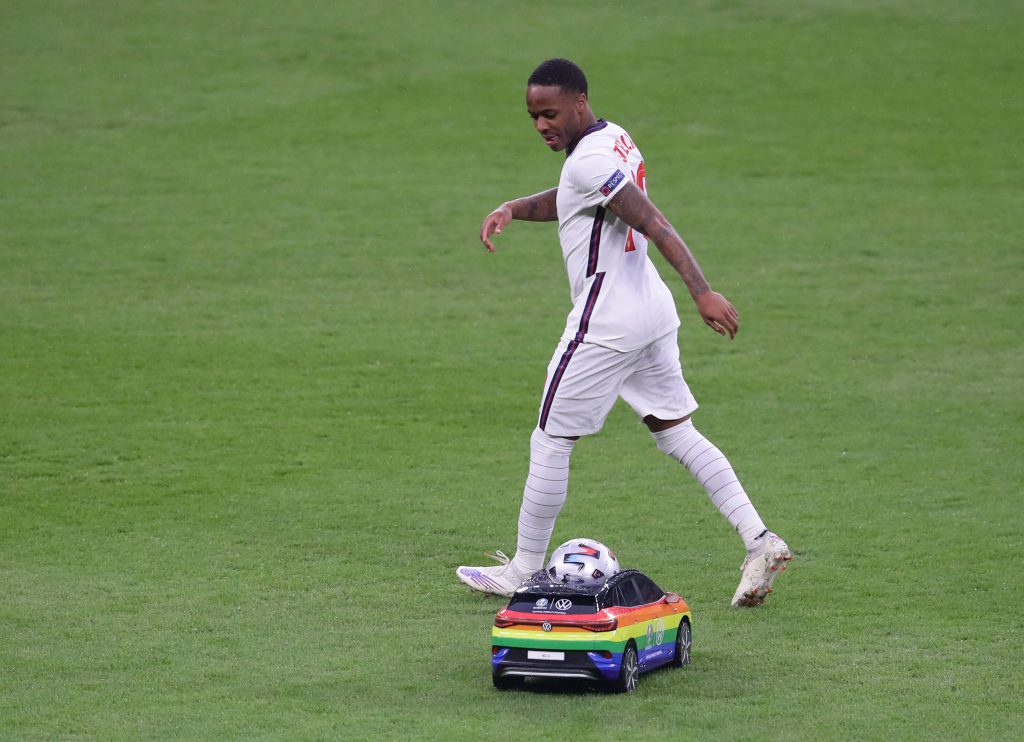 Manchester City will try to tie Raheem Sterling down to a new long-term contract ahead of the new campaign, The Athletic reports.

Despite experiencing an underwhelming 2020/21 season by his standards, the 26-year-old forward regained his confidence at Euro 2020.

Though many found Gareth Southgate’s decision to entrust Sterling with such a prominent role following a disappointing season a bit awkward, the winger repaid the gaffer’s trust with a string of blistering showings.

The former Liverpool man single-handedly carried England through to the knock-out stages, scoring the winning goals against Croatia and the Czech Republic during the group phase.

He continued to impress in high-stake knock-out fixtures, soaking up the limelight as the Three Lions’ headline performer.

Sterling’s indifferent form in 2020/21 coupled with the emergence of Phil Foden led to the Englishman slipping down the pecking order at the Etihad.

He may have lost his place in Pep Guardiola’s starting XI down the final stretch of last season, but the quicksilver forward still hit double-digits for both goals and assists.

Since joining City from Liverpool in 2017, Sterling has developed into one of the most lethal forwards in the Premier League, tallying a staggering 72 goals and 49 assists for the reigning English champions.

So it is not strange the Cityzens are reluctant to allow one topsy-turvy campaign to cast a shadow on the Englishman’s overall contribution.

The Etihad powerbrokers have refused to forget the winger’s immense impact in City’s back-to-back Premier League triumphs in 2017/18 and 2018/19.

Indeed, City are ready to reward him for his loyalty and standout performances over the past few years with a new bumper deal.

Sterling’s latest displays at Euro 2020 highlight how talismanic he can be when he feels his game, which can only encourage Guardiola’s side ahead of their defending campaign.

Read: Top Five Most Valuable Players in the Premier League.