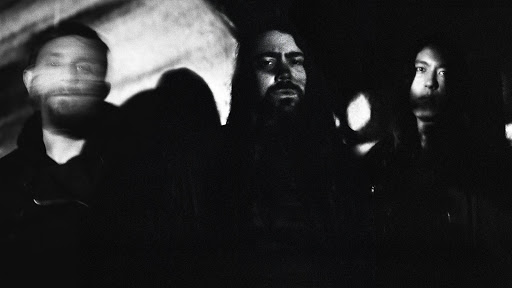 Health released their single in collaboration with Poppy “Dead Flowers.”

Poppy’s darkly angelic voice glides through the industrial clouds of Health’s instrumentals. She opens the track: “Erased some stuff / And now they’re fighting me / ‘Cause we fade apart / Moon is soft to see,” which is seemingly the opposite route taken in The Rolling Stones’ 1971 track of the same name off Sticky Fingers. Health’s ethereal blend of searing guitars and snapping drums delicately elevate Poppy and lead vocalist of Health Jake Duszik while taking on the chorus.

“Every time we release a new track we get asked to give a quote about it,” Health said. “Truthfully, I’m not sure it makes much of a difference.”

Health will release a sequel record, DISCO4 :: PART II, including tracks “Dead Flowers” and “Isn’t Everyone.” Their 2020 DISCO4 :: PART I, features songs with 100 gets, JPEGMAFIA, Soccer Mommy, Full of Hell, and more. The band is currently working on another follow-up record of their 2019 VOL. 4 :: SLAVES OF FEAR.

The hard rockers are set to perform at LA’s Substance festival this November.