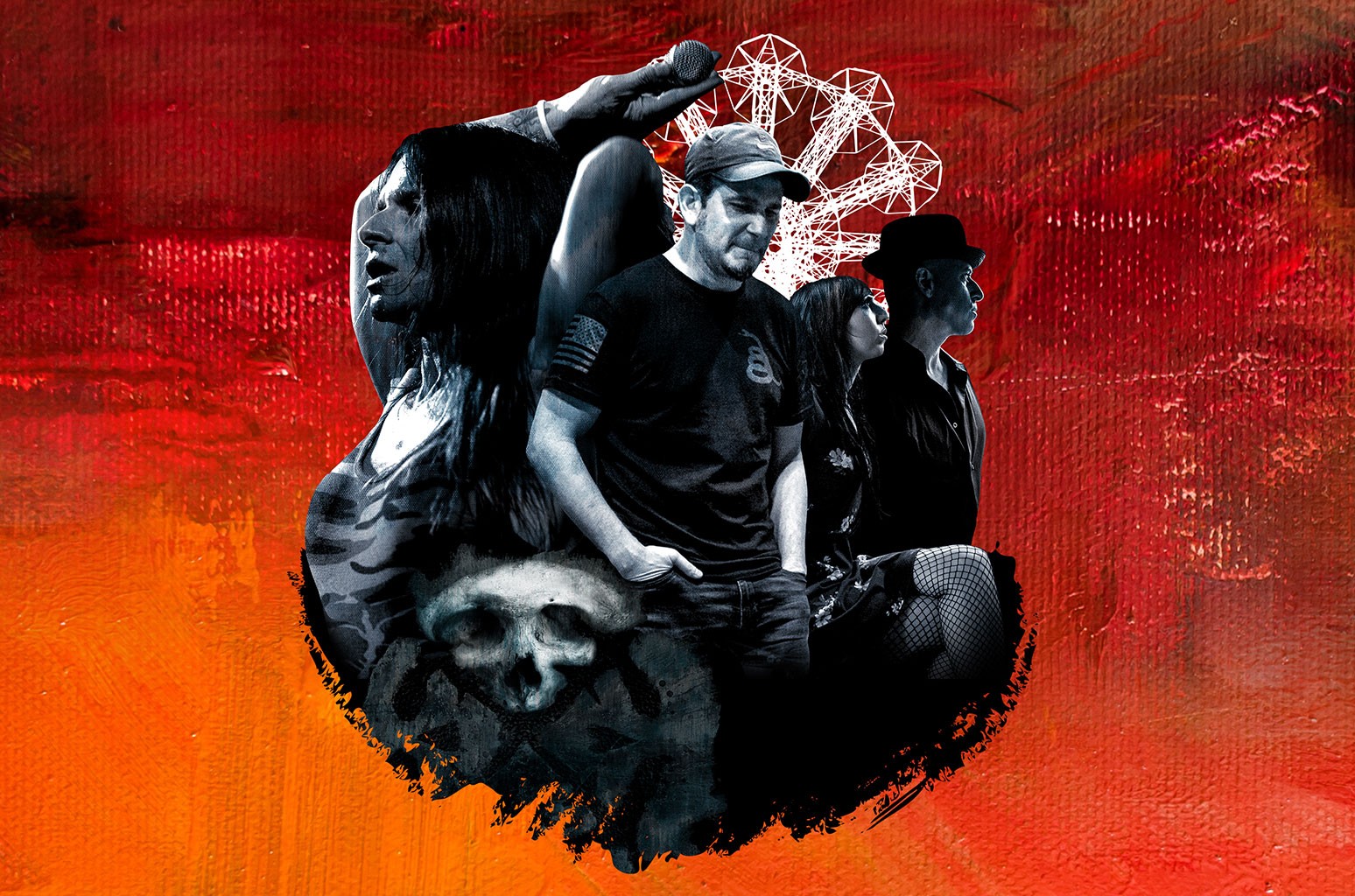 Helmed by British director Leigh Brooks, The Sound of Scars captures the most intimate story of the Brooklyn-bred act, spanning its 30-plus-year career. Told through the individual and collective stories of Caputo; her cousin, guitarist Joey Z; and bassist Alan Robert, along with family and friends, in its most visceral scenes, the documentary opens wounds Life of Agony long needed to expose and ultimately heal.

“This was an opportunity to actually have these conversations after all these years, and it’s a new plateau for us as a family to actually address some of these issues,” says Robert of the film and his own long-term battle with depression. “I was so bottled up during those years that the only way to express myself was through these songs. Even now, I have a happy life with my family, but I still experience these dark days. At least I can talk about it now, and it’s easier to get out of that hole.”

Robert says the band was inspired to make the film after seeing the 2017 Ian McFarland-helmed Agnostic Front documentary The Godfathers of Hardcore. Working with Brooks, a longtime fan who first saw the band perform at the now-closed London Astoria in 1996, was a natural choice. Brooks brings a deep familiarity to the project, having already worked on several Life of Agony music videos. She pulled from archived and rare footage (some shared by the band, which had bins of VHS tapes of performance footage that needed to be converted) of never-before-seen interviews, photographs and other vignettes.

Filmed over a two-year period and across several countries while Life of Agony was on and off the road, Brooks also spent time with the group at its old Brooklyn haunts, including Coney Island and Lenny and John’s Pizzeria. In revisiting the now-defunct L’Amour, the venue where the band built its early following, Brooks worked with a visual FX team to develop an exterior rendering to bring the Brooklyn nightclub, now an army factory called Red Wolf, back to life for the film.

Named after the band’s 2019 sixth album, The Sound of Scars navigates the roots of the band founded by Caputo, Joey Z and Robert, who came up with the group’s name and designed its logo. It follows LOA from its first gig on Feb. 11, 1990, at Faces Club in Keansburg, N.J., and its regular dates at L’Amour to its signing with Roadrunner Records and releasing its groundbreaking 1993 debut, River Runs Red.

Family footage from the bandmembers helps tell their stories of familial domestic violence and abusive situations. Joey Z’s recounting exposes his estranged relationship with an alcoholic father whom he eventually made peace with decades later. Caputo’s father was addicted to heroin, and her mother overdosed at age 20 while a baby Caputo was crying in her playpen.

“My father’s never been around, but he taught me the world,” says Caputo in the film. “He taught me what not to do: heroin, coke, ecstasy. If I was brought up with my father, I would be dead already.” Keeping a lock of her mother’s hair with her — the only remnant of a parent she never got to know — Caputo’s lasting connection to her is evident. “Part of her is living through me,” she says.

Also examined are Caputo’s struggles with her own addictions to cocaine and OxyContin, as well as the deeper agony of coming out as transgender, which eventually led to her leaving LOA following the 1997 release of third album Soul Searching Sun after a gig at New York’s Webster Hall. She reunited with LOA in 2003 for some shows and the eventual recording of Broken Valley in 2005, the band’s first album since Soul Searching Sun. “Now I’m feeling that empowerment because I have the courage to be hated and disliked,” says Caputo. “I don’t fear someone else’s mindless opinion of how I live my life.”

The Sound of Scars shows the contrast of everyone’s upbringing and life experiences, unraveling the roots of Life of Agony’s deep bond and its essence. “These mental health issues and the survivor’s mindset, for every individual, it comes differently. But there’s a lot of similarities as well,” says Robert. “Talking about the depression I was feeling in the ’90s and feeling suicidal was a tough moment. I just lay it all out there.”

Now working on the fifth volume of his The Beauty of Horror comic series, which also has an animated series in the works, when thinking of Life of Agony’s legacy, there is a core element for Robert: saving lives.

“We’ve met so many people all over the world who have been impacted by this band, through all the stages of the band, from the very beginning to the most recent tours,” he shares. “We still have people coming up to us, and I think that it’s way bigger than we ever thought. We’ve had a much bigger impact than we ever intended.”

He says that while they’re all in a different place now mentally and professionally, Life of Agony is more than just being friends or being in a band. It’s bigger than all of them.

“We’re all people, and we’re all just trying to make our way,” says Robert. “If this film gets the conversation started, and if there are some bits of information that can help other people, that’s what we’re all about.”