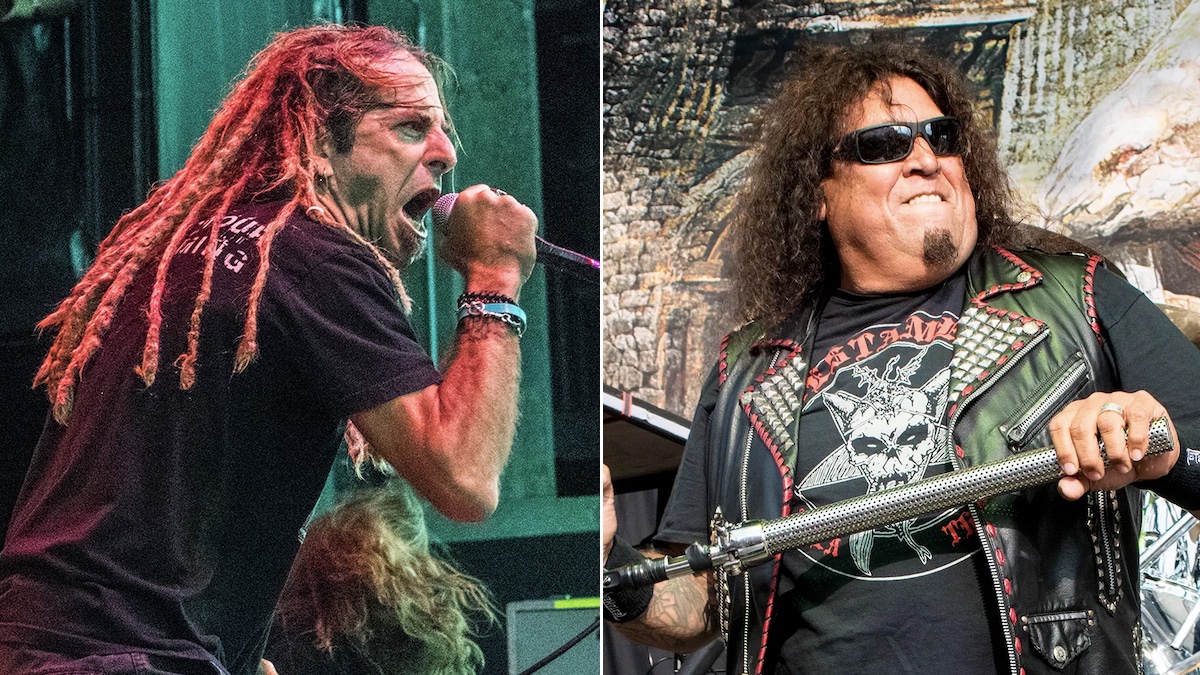 The new song follows previously released tracks “Checkmate”, “Memento Mori”, and “New Colossal Hate”. Originally, the album was set to be released on May 8th, but was pushed back to June 19th due to the COVID-19 pandemic.

“Routes” was inspired by Lamb of God singer Randy Blythe’s time spent at Standing Rock Sioux Reservation in North Dakota during the #NoDAPL movement, which protested the construction of the Dakota Access Pipeline. “I went to Standing Rock because I had heard reports of violence committed on the peaceful protestors there by both state law enforcement and private security contractors, and this violence was not reported in mainstream media for the most part,” explained Blythe in a press release.

He added, “I went to bring supplies and support these people, who were trying to protect their water, and thereby protect everyone, as everything in the natural world is protected. I was there a week, made some great friends, and learned a lot. It was a very profound experience in my life, and I knew one day I would write a song about it.”

As for recruiting Chuck Billy to join him on the track, Blythe remarked, “My experience, although my own, was tempered and shaped by the hundreds of years of brutal oppression of Native peoples in our country. So, it was imperative for me to have a Native voice represented on the song, and Chuck Billy was happy to be that voice.”

Billy commented, “It was a great honor as a proud Pomo Native American to be asked by Lamb of God to do some guest vocals on this song. The #NoDAPL movement by the indigenous people of this country was a historic event. Being able to lend my voice to represent the Native American people, complementing Randy’s storytelling and lyrics, is something really special to me.”

Lamb of God recently postponed the first leg of their co-headlining North American tour with Megadeth. As of now, no announcement has been made regarding the tour’s second leg, which is slated to begin in early October.

Check out a visualizer video for “Routes”, as well as our recent video interview with Randy Blythe below. Pre-order Lamb of God’s self-titled album here.

Kanye West on Being a Spoiler Candidate: “I’m Not Going to Argue with You”

Toshiba is officially out of the laptop business

Report: Leeds have made an enquiry for 27-yr-old playmaker who will cost £7m

BBNaija Update: Lucy and Nengi get into heated fight after live eviction show

Simon Cowell Breaks Back After Falling Off Electric Bicycle

Kanye West on Being a Spoiler Candidate: “I’m Not Going to Argue with You”

Toshiba is officially out of the laptop business

Report: Leeds have made an enquiry for 27-yr-old playmaker who will cost £7m

BBNaija Update: Lucy and Nengi get into heated fight after live eviction show

Simon Cowell Breaks Back After Falling Off Electric Bicycle