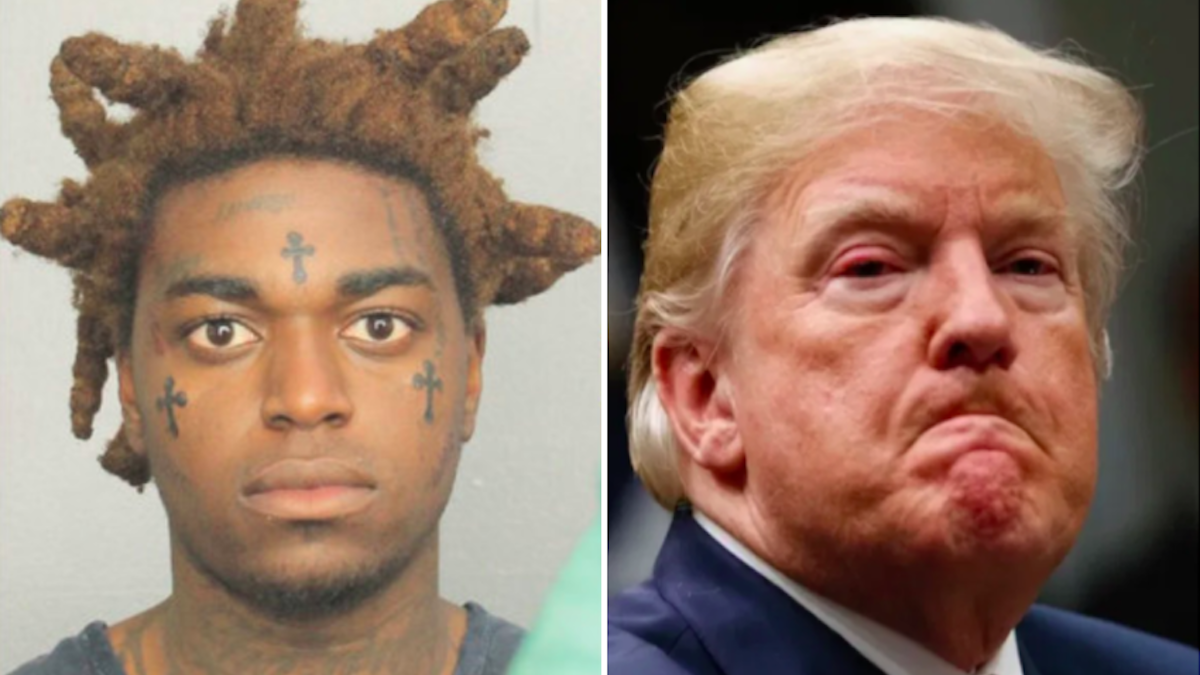 Kodak Black has sent a petition to Donald Trump asking him commute his prison sentence (via TMZ).

In August of 2019, the rapper pleaded guilty to federal weapons charges in Florida. He was sentenced to 46 months in prison, and his time served has been shockingly eventful. Early on, he put a prison guard in the hospital after grabbing his testicles in a drug-addled fight. Afterwards, he was moved from a Miami correctional facility to a maximum-security Kentucky prison. Then, this past April, he pleaded guilty again, this time to gun possession charges in New York. That sentence will be served concurrently with his other charges.

Last week Black sued the Federal Bureau of Prisons, alleging abuse by Kentucky prison guards — including a “gang beating” involving correctional officers “flicking” him in the testicles — as well as religious suppression. Black is a practicing Hebrew Israelite, and he claims the correctional facility is blocking his rabbi from visiting. Attorneys Bradford Cohen and Jonathan Schwartz repeated these charges in their petition to Trump for a lighter punishment.

Cohen also argued that the sentencing was far stricter than necessary. He wrote that the judge had recommended a level-2 security prison, while Black is being held at a level-4 maximum security facility. The lawyer also emphasized Black’s charitable giving and suggested that a 46-month sentence for gun charges is significantly longer than the average sentence of 18 months.

This petition might seem like a Hail Mary, but Cohen has a longstanding relationship with Trump. In 2004, he appeared on The Apprentice, where he was fired in the second week. Over a decade later in 2016, Cohen represented Trump’s campaign manager Corey Lewandowski when he was accused of battery against a reporter.

Trump remains the last hope of prisoners of all stripes. Tiger King Joe Exotic, for example, recently wrote a 257-page letter asking for a pardon.