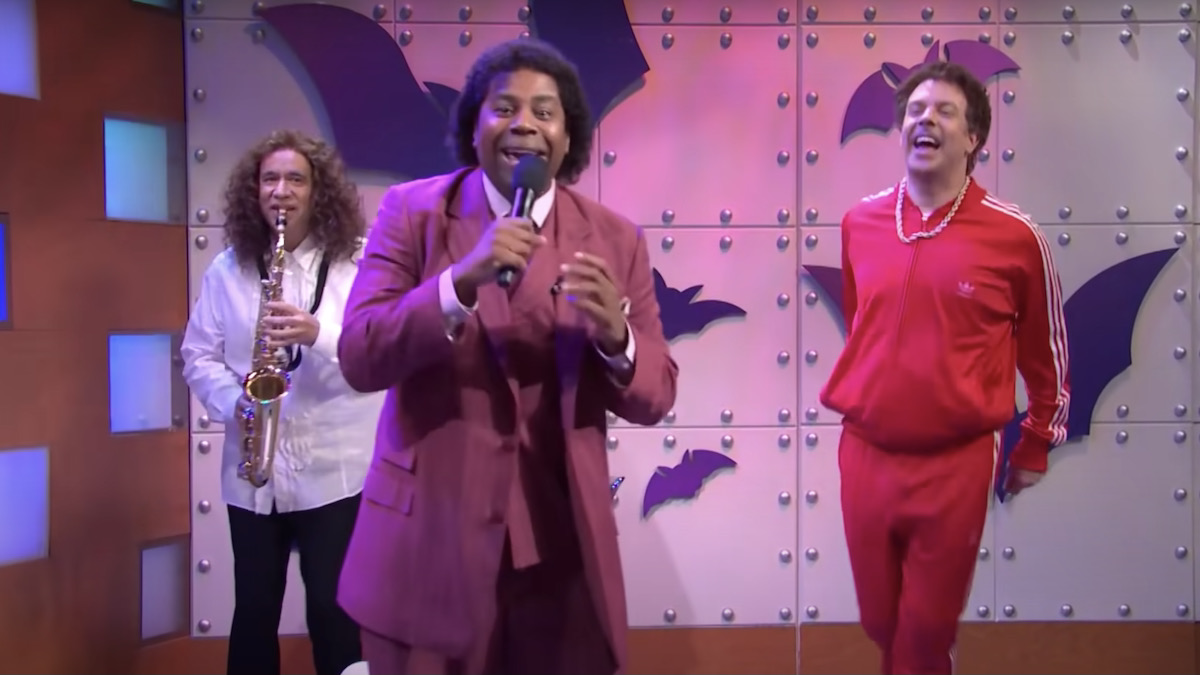 Jason Sudeikis returned to Saturday Night Live this week, his first time hosting after spending ten years (or an “actor’s dozen,” as he called it in the monologue) as a writer, then a cast member. Sudeikis arguably has one of the most successful post-SNL careers of the past decade, appearing in multiple hit movies and winning a bunch of awards for his current sitcom Ted Lasso. Having a beloved alumnus return to host can be a deceptively dicey prospect, for a number of reasons. Not needing to work around a particular host’s skill set can create high expectations of an all-killer episode—which can then be dashed against the rocks of callbacks, revivals of old characters, and cameos from the host’s time on the show. The Sudeikis episode had a little bit of all of that, but not enough to tank it. Instead, there were no outright duds and plenty of highlights. Here are some of the best moments:

In a relatively rare host appearance in the cold open, Sudeikis reprises his past role as Joe Biden—with a twist. Sudeikis played Biden during his VP years. The part has changed hands multiple times since Biden ran for and won the presidency, but plenty of fans had yearned for Sudeikis to come back to it for a Jim Carrey or Maya Rudolph-style guest-starring stint. As this opening sketch points out, the Sudeikis Biden is from a decidedly different era.

In this thin but amusing opener, Biden circa 2013 materializes to counsel the Biden of the present, played by SNL’s current impressionist-in-residence, James Austin Johnson. In setting up this in-joke-y contrast, Sudeikis leans even further into his Onion-style Diamond Joe, an exuberant but not especially accurate caricature of Biden as a loose-lipped, fun-loving uncle. The sketch is brief, and never really digs into the same satire as the vaguely similar The Rock Obama sketches the show used to do, but by interminable-cold-open standards it is downright snappy. In the most self-effacing touch, Alex Moffat also appears as another Biden variant—the one from “March 2021,” referring to the extremely brief period where Moffat seemed to be taking the job. (Sudeikis himself may recall this awkwardness from his own brief tenure as George W. Bush.)