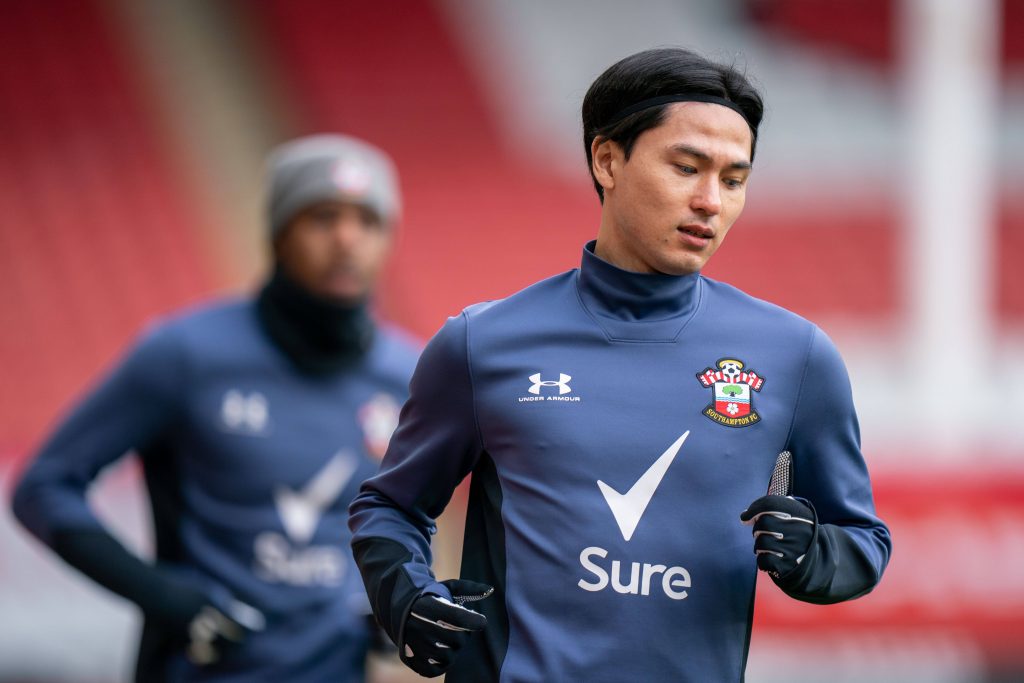 Takumi Minamino has explained why he left Liverpool on loan in January, with the Japan international set for a big decision this summer.

However, the forward only managed four goals in 31 appearances and failed to replicate his form in Austria.

As a result, Minamino joined Southampton on loan in January and has flourished under Ralph Hasenhuttl, scoring two goals in six games.

Minamino has now spoken out about his decision to leave Liverpool temporarily.

“It is never nice for a player if you don’t have the game time you want to have,” Minamino explained to Kyodo News.

“It’s always hard only to train and not be seen as part of the first eleven.

“It definitely helps your mentality to get a lift and get a chance to play. It was just about trying to play in matches, get into the starting lineup, and figuring out what I can do to achieve those goals.

“I had a lot of things on my mind to put things into perspective. But yes, it didn’t take long to make a decision and tell (Liverpool) that I wanted to go.

“It was like just packing my bags with minimum stuff and get into the car and leave…To be honest, I wouldn’t want to go through that again. But, yes, maybe it was a good experience.”

Minamino also commented on his future, claiming he does not yet know where he will play next season.

“I am focusing on the present and what I can do now,” he continued.

“I’m a footballer, so I don’t know where I’ll be playing in six months, but I want to be playing at a high level.”

SL View – Will Minamino return to Liverpool next season?

With Minamino’s comments this week, it is likely we will see him pushing for a permanent switch this summer.

Salah and Mane are unlikely to be dislodged from their starting roles anytime soon. Diogo Jota’s return to fitness has only slimmed Minamino’s chances of first-team football at Anfield.

The only situation that could see Minamino push for a more prominent role at Liverpool is the departure of Mane or Salah this summer.

As a result, it may be better for Minamino if he can stay at Southampton beyond his current loan deal.