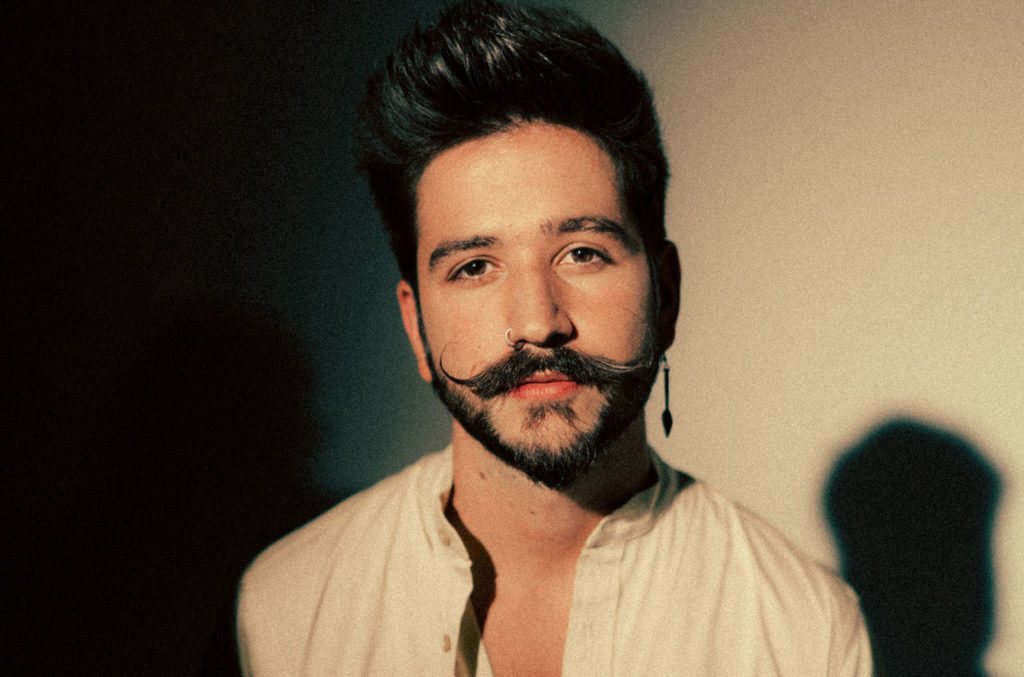 “Whenever he has an idea or before he posts something, he asks for my opinion,” she says. “Everything posted on TikTok is a team effort.” She says that they usually plan a dance challenge long before a single release, dedicating a day to think of the choreography with help from their friend Paula Macher, who has over 1 million TikTok followers herself. “[She] knows all the latest trends and popular dance moves,” says Evaluna. “In the end, it helps push the song we’re promoting.”

Noel Nuez, TikTok’s director of operations for Spanish South America, believes that kind of collaboration has helped Camilo rake in new followers so quickly: “He’s surrounded by family and colleagues who are also well-integrated on TikTok themselves, which enables him to viralize across other top profiles and strengthen cross-profile storytelling.” Nuez says that in addition to “fully leveraging his creator network,” Camilo makes use of the app’s popular visual effects, like greenscreen, to “create a range of different content that incorporates his own music as a key component of the storytelling.”

Plus, Camilo doesn’t shy away from overpromotion, posting the same audioclip and dance challenge back to back to back. “The algorithm in TikTok is super different [from other social media platforms]: It doesn’t saturate your feed, and you don’t see all of my videos unless you enter my profile,” he says. He views each post as a new entry point for fans to reach his page, and so far it’s paying off. In May, “Favorito” reached No. 25 on Billboard’s Hot Latin Songs chart, and Camilo’s collaboration with Rauw Alejandro on “Tattoo (Remix)” peaked at No. 7 on the same chart in September, garnering 64 million on-demand U.S. streams, according to Nielsen Music/MRC Data. (On TikTok, the latter track has been tagged to 2.8 million videos, several of which are from Camilo and Evaluna.)

Camilo believes that more than any other strategy though, the driver of his TikTok success is authenticity. “The songs that I post on TikTok and the videos that we share best represent who I am and have a level of engagement [that’s delivered] in a very honest and transparent way,” he says. “Pretending will always lead to failure.”