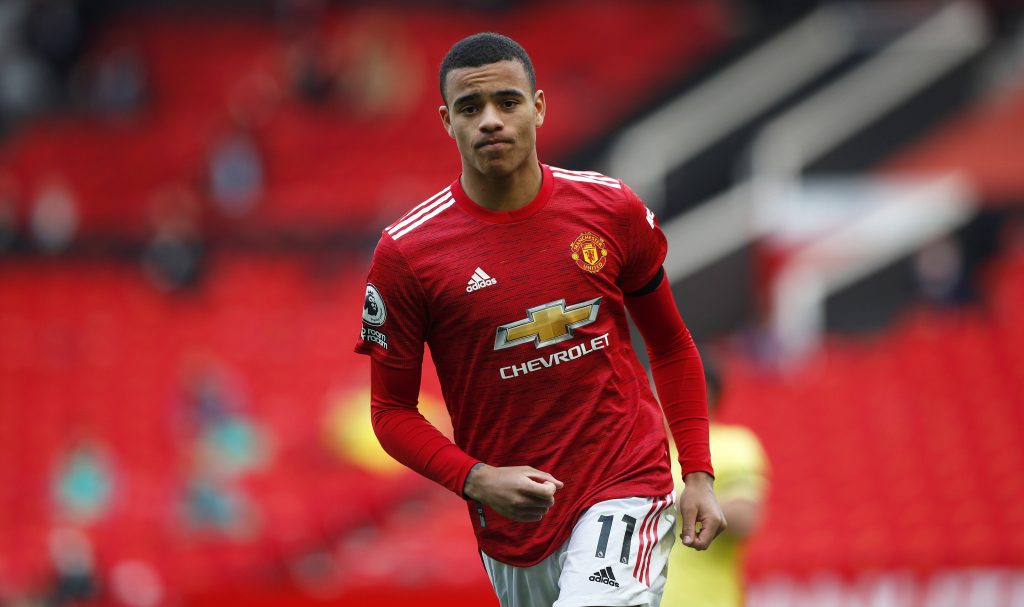 A section of Manchester United fans expressed their delight over the performance of Mason Greenwood in the 3-1 Premier League win over Burnley.

The Red Devils failed to find the back of the net in the first half, but they managed to break the deadlock in the 48th minute through Greenwood.

Marcus Rashford’s pass fell into the path of the teenager after a brilliant dummy from Bruno Fernandes. The youngster capitalised to score for a third league game running.

However, the joy was shortlived as the Clarets equalised just a couple of minutes later through James Tarkowski, who beat Harry Maguire to a header.

It appeared that the Clarets would go unbeaten for a first straight meeting at Old Trafford, before Greenwood scored his second goal with a huge deflection in the 84th minute.

Substitute Edinson Cavani put the game to bed on the counter-attack as he scored United’s third in the third minute of stoppage time.

Greenwood had a superb all-round display and aside from his brace, he delivered a few key passes. Bruno Fernandes missed a golden scoring chance.

Here are some of the reactions on Twitter from United fans.

FT: Thoughts
– Mason Greenwood is still the best teen in the premier league.
– Rashford and Shaw got the best link up in the league.
– We finally beat Burnley at Oldtrafford since 2015.
– Donny Van De Beek, GAME CHANGER!

Its great to see Manchester lad Greenwood back in form. Huge future for him#mufc #MUNBUR

The England international had a tough few months, where he was struggling to find the back of net. He has now scored five goals in his previous six games.

His form is a boost for the Red Devils, who are now within eight points of league leaders Manchester City, and can dream of an unlikely title charge.

The club are also alive in the Europa League where they are favourites to win the competition. They will face Roma in the double-legged semi-final.

Greenwood, who signed a fresh £75,000-a-week contract earlier this year, has nine goals and six assists from 44 appearances for United this term.