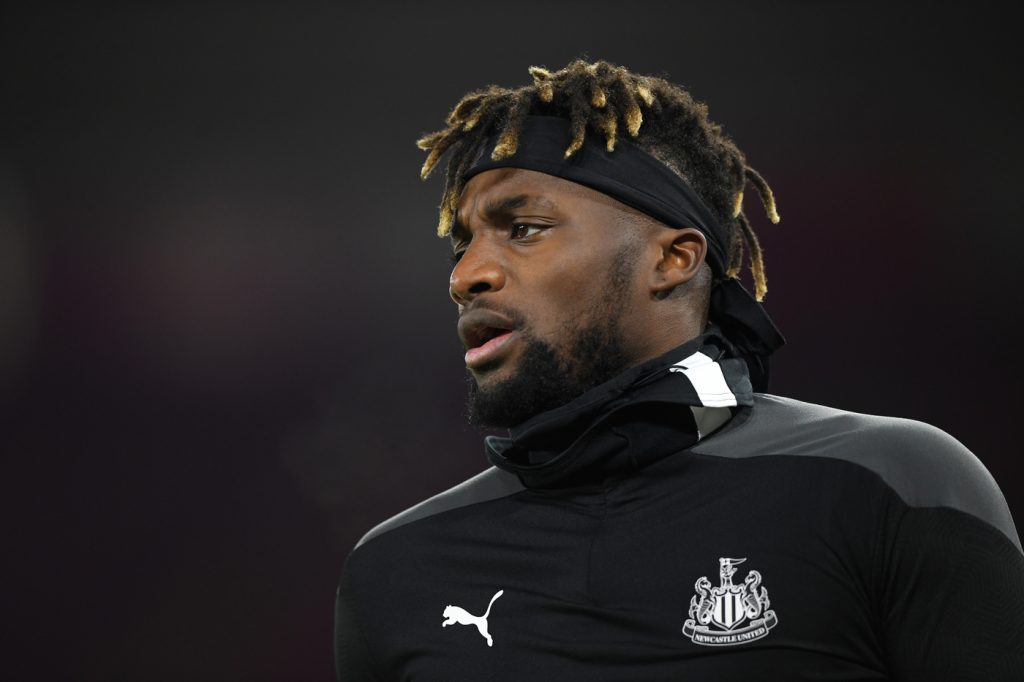 Newcastle United manager Steve Bruce says that Allan Saint-Maximin’s return from injury could help to turn around the club’s fortunes.

Saint-Maximin last played against Chelsea during November and Newcastle’s form has tailed off significantly since then.

The 23-year-old has finally shaken off the effects of a calf injury and COVID-19 and will be in the squad for the Premier League game at Aston Villa on Saturday evening.

Ahead of the trip to Villa Park, Bruce told Sky Sports that it was a major boost to have the Frenchman back in the fold.

“Arguably our most creative player, the one who’s your player of the year, then of course you are going to miss him and we have missed him for the best part of a couple of months,” said Bruce.

“When he was in and around the team, we looked a threat, we could play that little bit deeper and play teams on the counter-attack.

“If you are a mainly counter-attacking team, then you have to have pace on the turnover and without Allan, then we haven’t got that blistering pace that he possesses, so we’re delighted to see him back.

“It’s fair to say his fitness levels are very, very good, which is good news. Of course we’ve got to get the balance right and I wouldn’t expect him to be starting on Saturday. But he’ll be in and among the squad and there if he’s needed.”

While Saint-Maximin’s return to action is undoubtedly a boost to Newcastle, it would be foolish to think that their problems will be solved overnight.

The Magpies won just three of the eight games that Saint-Maximin featured in earlier this season – a statistic that demonstrates that he isn’t the Messiah.

Newcastle may well possess more attacking intent with the Frenchman in their line-up, but it is asking a lot to expect him to single-handedly transform the club’s season.