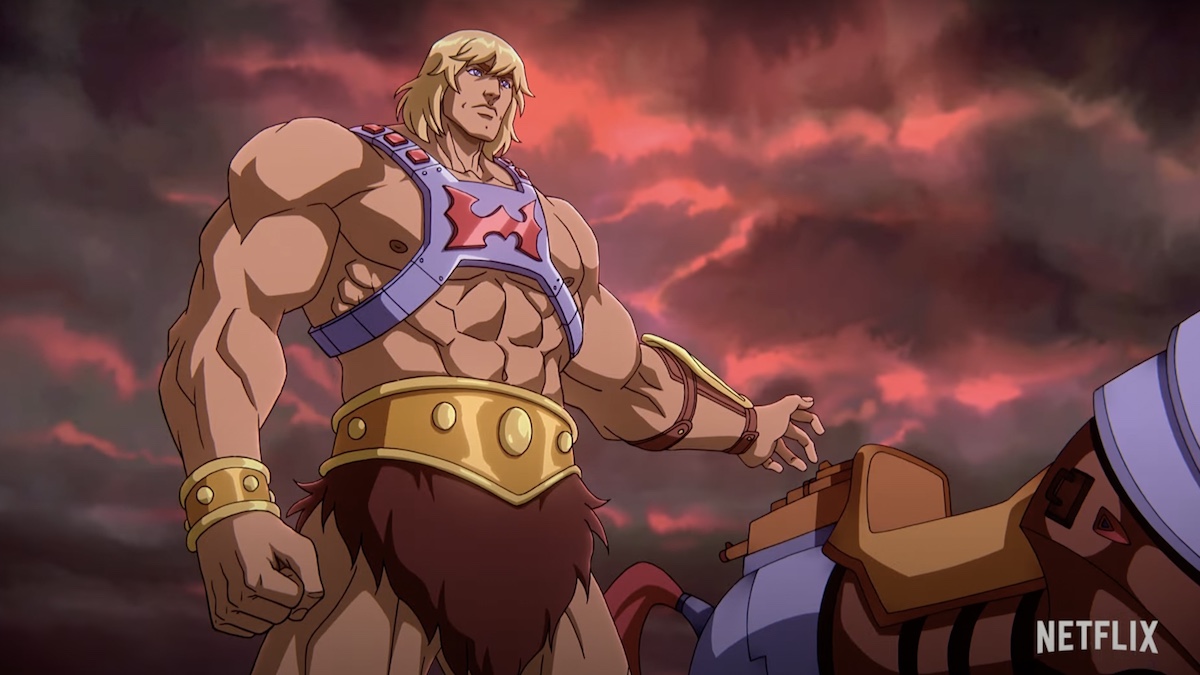 Kevin Smith and Netflix have unleashed the first teaser trailer for Masters of the Universe: Revelation, and wow, He-Man’s stomach looks like a glistening, oversized cheese grater.

Fans got their first look at the revival in May, with stills of He-Man flexing with his sword and staring (erotically?) into Skeletor’s eyes. The new trailer adds movement alongside one portentous piece of dialogue, as Skeletor (Mark Hamill) sneers “Call your champion.” If you insist.

From there, the 90-second clip embarks on a torrid pace of action, set to an over-the-top update of Bonnie Tyler’s ’80s classic “Holding Out for a Hero”. Meanwhile, the trailer raises several important questions, such as: Does He-Man have three rows of abs with four abs each? Why is the camera so often centered on his groin? And by the power of Grayskull, how long do we have to wait for the fanfic?

Check out the trailer below.