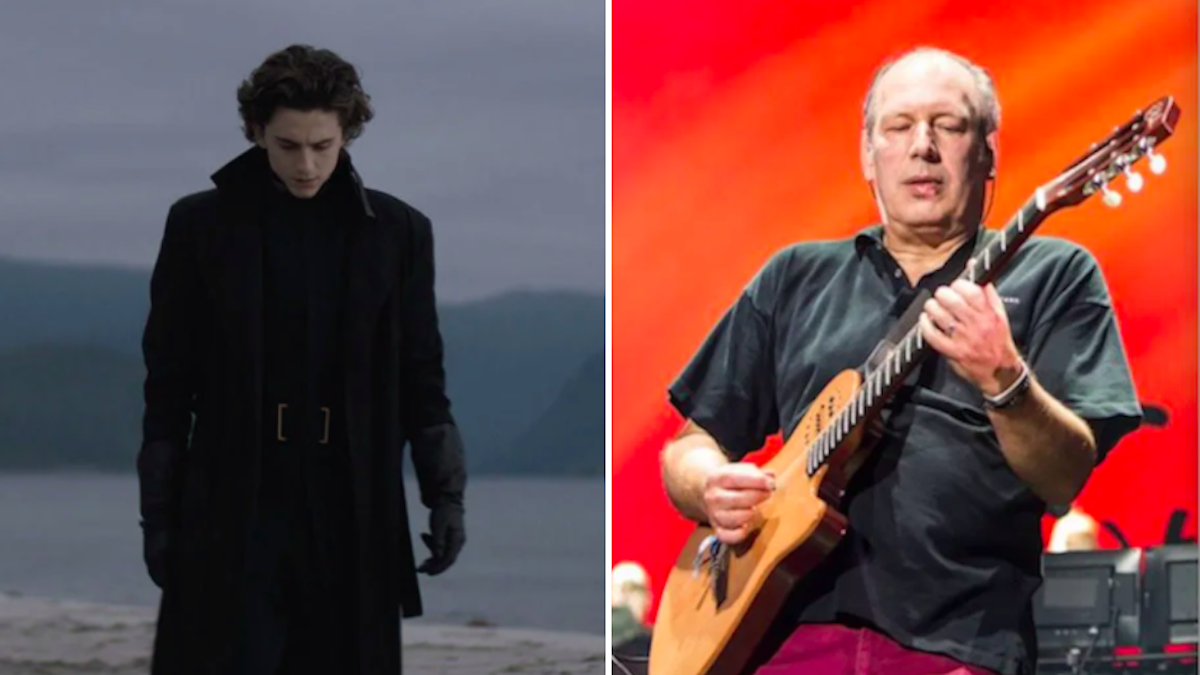 We’re one week past D-Day (that’s Dune-trailer day, of course) and everyone is still buzzing about Hans Zimmer’s epic arrangement of Pink Floyd’s “Eclipse”. Now Variety has the lowdown on how it all came together, with FaceTime, a socially-distanced 32-person choir, pandemic recording pods, and more.

This behind-the-scenes tale began at Zimmer’s Remote Control studio in Santa Monica, CA. The 32-person ensemble was led by Edie Lehmann Boddicker, who had previously assisted Zimmer on The Lion King. At 63 years old, the legendary composer himself opted to minimize his human interaction, instead FaceTming in from his home studio, giving direction and offering suggestions.

Boddicker described the quarantine choir as a “who’s-who” of Los Angeles session musicians, although they were never all in the same place. They recorded in groups of four, and the mathematically inclined will correctly guess that it took 8 different sessions to get all 32 on the track. 12 of them sang the “Eclipse” lyrics, while everyone joined together on those swelling, soaring group vocal arrangements. “We followed all the [COVID-19] protocols,” Boddicker said. “Everybody wore masks except when they were in their separate cubicles, divided by glass, all with their own mic’s, and everything was wiped down between sessions.”

In addition to the safety protocols, Boddicker was able to offer insights into what sort of effect Zimmer hope to achieve. He aimed for the choir to sound “not of this planet,” she said, explaining,

“He wanted to pay homage to the original, very back-phrased sound, a little spaced-out, so the vocals would not sound urgent. There’s a kind of joy happening in the track, a lot of hopefulness. It’s not despondent, just very peaceful and sounding not of this planet.”

The marriage of Pink Floyd and Dune seems to have benefited both nerdy parties. The trailer has already been viewed over 23 million times, and after it came out, digital sales of “Eclipse” increased by 1,750 percent. Revisit all the stillsuits and sandworms below.

Zimmer has also scored the next James Bond entry No Time to Die, which recently released its first trailer. Last month, he revealed the theatrical version of the Netflix “Ta-Dum” sound. When Ennio Morricone died over the summer, Zimmer gave him a moving tribute, saying,  “Icons just don’t go away, icons are forever.”

Beyond fear, destiny awaits. Watch the #DuneMovie trailer now. This is a childhood dream come true for me! pic.twitter.com/uNdFujW4Nc