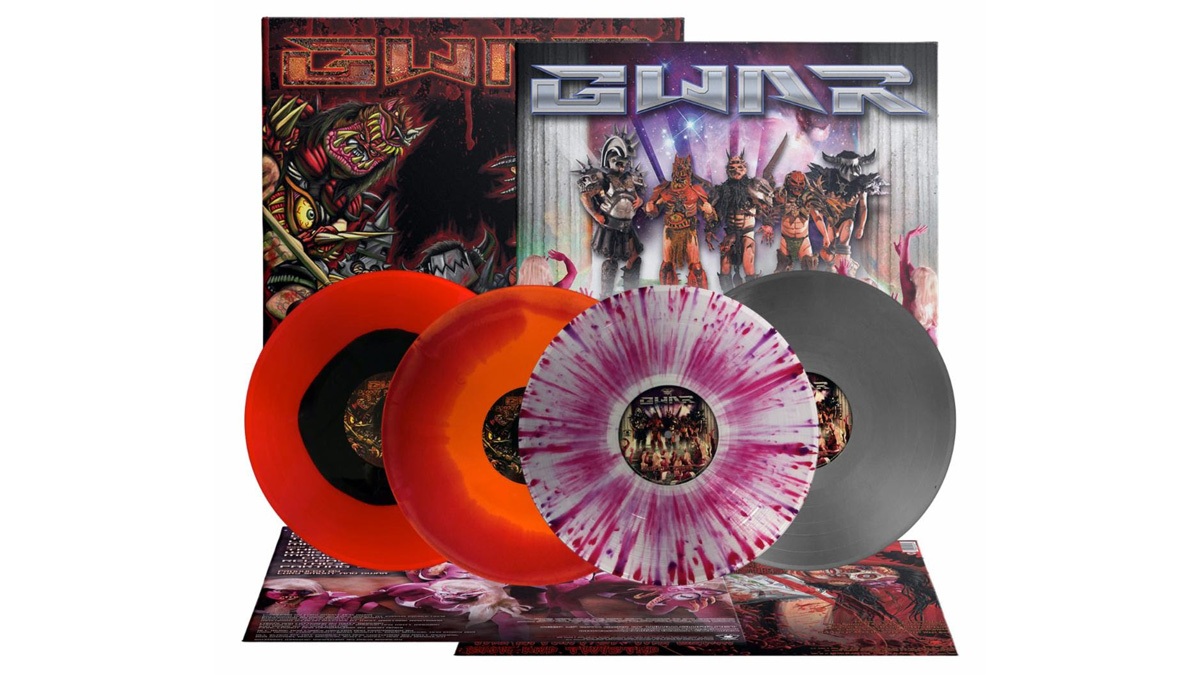 GWAR have announced vinyl reissues of their 2009 album Lust in Space and its follow-up, 2010’s Bloody Pit of Horror. Each will be available in two color variants on July 16th.

The albums were previously only issued on CD and limited-edition picture disc vinyl. The latter quickly went out of print and now go for steep prices on the secondhand market. Although collectible, picture discs aren’t known for their fidelity — the manufacturing process inherently detracts from the sound quality — so these two albums are essentially receiving their first proper vinyl pressing.

Lust in Space is available in a silver variant and a clear magenta-and-purple splatter edition, while Bloody Pit of Horror comes in a black-inside-red version and an orange-red-melt edition (as seen in the image above).

The albums were among the last to feature GWAR founder and leader Oderus Urungus, aka Dave Brockie. Lust in Space was particularly well-received, and the band would make one more record, 2013’s Battle Maximus, prior to Brockie’s passing in 2014.

“We had any great battles in those years,” drummer Jizmak Da Gusha said via a press release. “Good kills. Even lost a few or our own. Hail Flattus! Hail Oderus!”

Following Brockie’s passing, the GWAR machine has pushed onward and remains as active as ever. The intergalactic metallers recently dropped an acoustic EP, The Disc with No Name, and continue to expand their CBD line, Bud of Gods, which now features Delta-8 vape cartridges and gummies, among other goodies and accessories.

GWAR will finally emerge from their compound to perform live at Riot Fest in September in Chicago and the Welcome to Rockville fest this November in Daytona Beach, Florida. Not surprisingly, they made our list of the 10 must-see acts to catch at Rockville.

You can pre-order GWAR’s vinyl reissues of Lust in Space and Bloody Pit of Horror via Metal Blade.