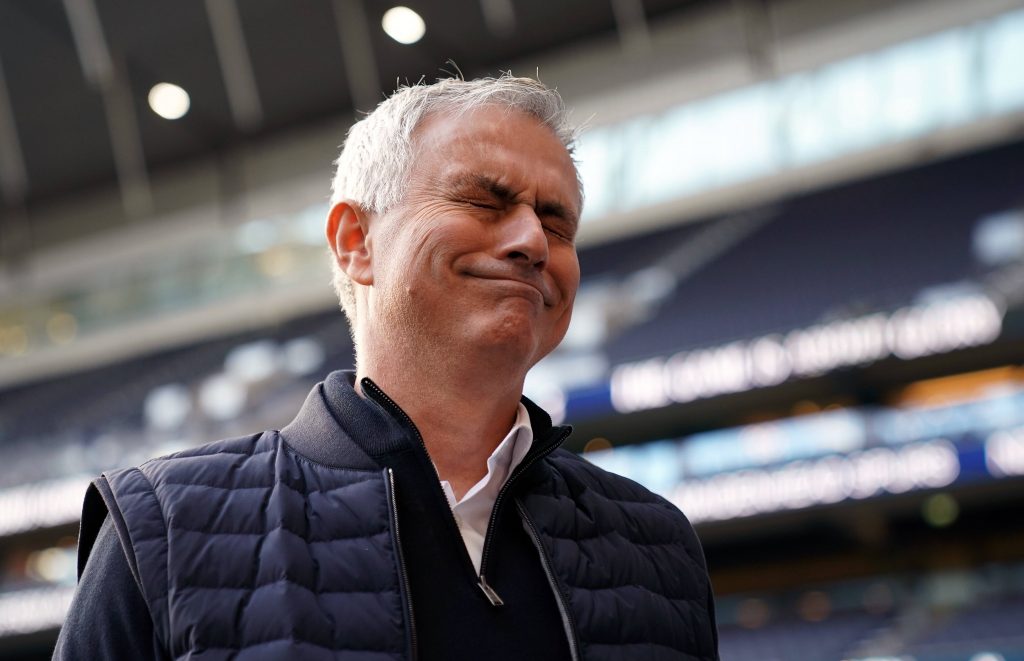 The Portuguese’s dismissal came in the wake of Spurs’ 2-2 draw with Everton at Goodison Park that inflicted another massive blow on the club’s hopes of securing the Premier League top-four finish.

Mourinho came under scrutiny after his side spurned a half-time to end up 3-1 losers to his former employers Manchester United last week.

The announcement of Tottenham’s decision to part company with the Special One arrived only hours after the club revealed their plan to join a controversial European Super League.

Mourinho took managerial reins over from Mauricio Pochettino in November 2019 but has done little to improve the club’s Premier League status since then.

The 58-year-old failed to guide his team to the Champions League in his first season in charge of the Londoners and was about to the same this term.

Adding to a shocking Europa League exit to Croatian minnows Dinamo Zagreb, the Spurs look miles away from landing a top-four finish in the Premier League.

Despite the London side’s struggle, their decision to fire Mourinho caught Souness by surprise.

“I am surprised, as the time is most unusual, given the cup final coming up,” he told Sky Sports.

“They were sitting fifth in the league and with a good chance ending up fourth. I think Jose is an extreme manager, a top manager, I think he got so frustrated with some of the players.

“You know that situation, I have been there myself, where you get so frustrating, you have tried everything and you end up having harsh words and falling out with them.

“If you fall out with one, you end up falling out with five if not more. And there is only one outcome, that is the manager to go.”

Asked if Mourinho deserved more time, given his contract was due to expire in 2023 and Tottenham have the Carabao Cup final coming up next weekend, Souness replied: “Well, it is unusual to sack a manager in the week of a cup final.

“There has been an incident or incidents that made their chairman make this decision. He has taken this decision to improve their chances of winning next weekend or lessen them, who knows. We will have to wait and find out.

“You know, when that Tottenham job became available, you are looking at the team that was in the Champions League final, you think that cannot be much wrong with it, and I think, when Jose got in there, he would have realised that squad was not what he thought it was.

“But once you went in there, started to work with them, you’d quickly realise they are not as strong as he thought they were.”

Asked to share his thoughts about Mourinho’s potential destination, Souness hailed the Portuguese’s accomplishments but restrained himself from making any predictions.

“He is a big name, a big manager and I think he’d be welcome by other big clubs. He’s got a track record that’s up there with the very, very best.

“He’s got the way of working, which is not so attractive to lots of people, but he gets the job done. He’s won trophies wherever he’s been, this might be a situation where he doesn’t this time around.

“I think he’d be attractive to people if he’s still got the appetite.

Souness singled out Mourinho’s bust-up with the players as the main reason for his premature farewell.

“I think that’s the bottom line of it. As a manager, you want to be nice to them, you’re telling them things over a period of time. In some case, the message never gets through, so you get frustrated by that, then you end up having words with them.

Laycon – All Over Me

Laycon – All Over Me