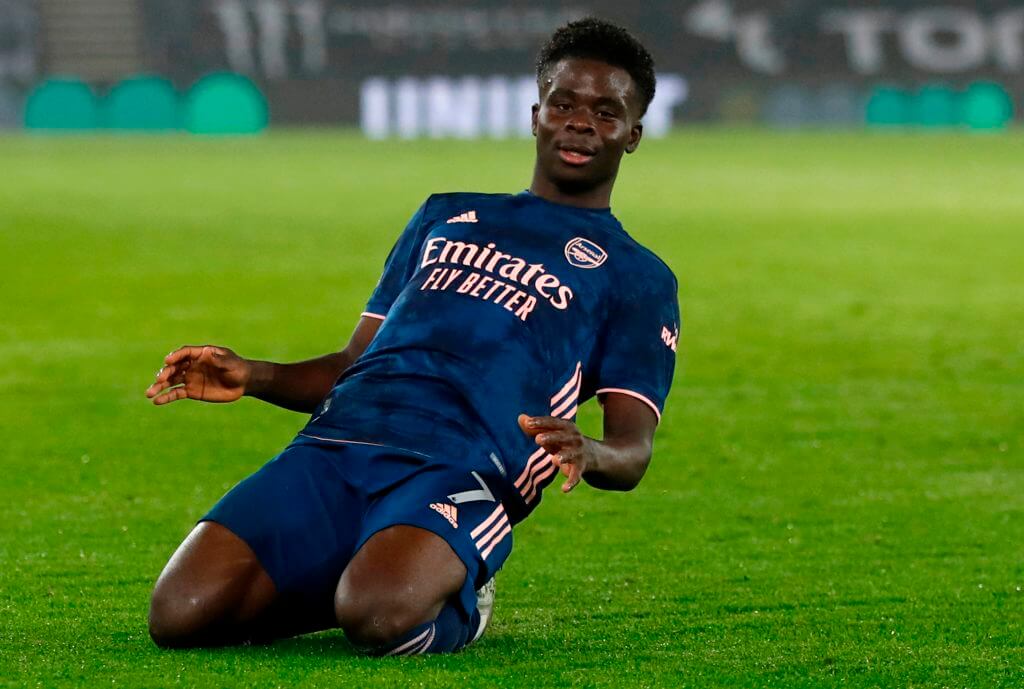 Popular football pundit Gary Lineker has showered heaps of praise on Arsenal youngster Bukayo Saka after the Gunners earned a 3-1 win over Southampton.

The Gunners maintained their excellent run of Premier League form by coming from behind to beat the Saints on Tuesday night at St Mary’s.

Arsenal missed a glorious chance to take the lead in the opening minute after Alexandre Lacazette failed to hit the target from a one-on-one situation.

Five minutes later, Nicolas Pepe equalised with a neat finish. Bukayo Saka put the Gunners ahead after going past keeper Alex McCarthy, before both the sides created some very good scoring chances.

The 19-year-old picked out Lacazette to seal all three points, with Arsenal dedicating the victory to absent captain Pierre-Emerick Aubameyang, who missed the game for personal reasons.

Lineker has hailed Saka as a ‘great talent’, adding he was ‘terrific’ against the Saints.

My love for you @BukayoSaka87 will never die 🎤🎤🎤🎤😂❤️ pic.twitter.com/Nq9juk0SiK

Saka once again produced an energetic performance and showed why he is touted as one of the brightest young talents in the country.

Only a month ago, the Gunners were fighting for survival. However, their latest win –  fifth win in six league games – have lifted them above Ralph Hasenhuttl’s side and up into the eighth spot, five points off a top-four position.