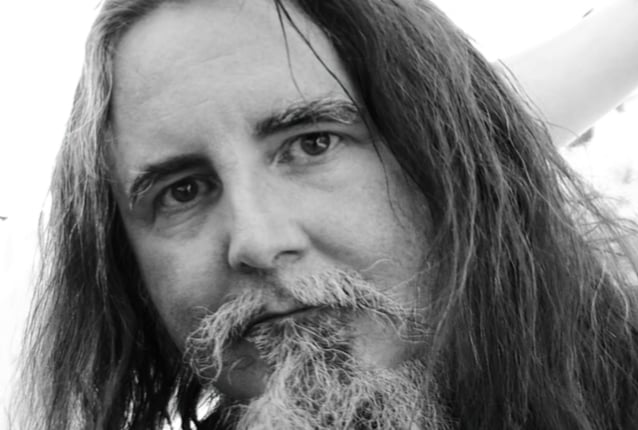 Former FAITH NO MORE guitarist Trey Spruance has looked back on the difficult recording of the band’s “King For A Day… Fool For A Lifetime” album, citing an “unhealthy, toxic atmosphere” within the band at the time of its’ creation. Trey made the remarks while talking to Eonmusic about MR. BUNGLE‘s “Raging Wrath Of The Easter Bunny Demo”, which is available now via Ipecac Recordings.

Speaking about the 1995 release, which saw the members at odds with each other, as well as creative tensions within the band, Trey admitted: “It seemed to me that they were in a worse place when we finished recording that record, interpersonally, than they were when they started.”

The only FAITH NO MORE album to feature Spruance, “King For A Day” was the band’s first to be recorded without iconic six-stringer Jim Martin. Keyboardist Roddy Bottom, meanwhile, was also largely absent from the sessions, after going through some well-publicized personal problems. All of this compromised, according to Trey, the band’s usual razor-sharp focus.

“Yeah, it was a strange time for them,” he admitted. “For me, the most fundamental change that they were going through was that they got rid of Jim, which is a very, very big deal. They wanted to expand their horizons, but the thing is FAITH NO MORE is a very organic band, so it’s hard to say, ‘This is the direction we’re going to go in.'”

He continued: “They were just in a state of disarray, musically.”

Spruance, who formed MR. BUNGLE in 1985 along with FNM‘s Mike Patton went on to reveal that the singer had actually warned him against taking the position. “Patton, he wasn’t enthusiastic about me even doing it,” he said. “He essentially was warning me, like, ‘It’s not that great a situation.’ He knew that maybe there wouldn’t be the smoothest sailing there.”

The album’s direction, which veered from the full-on metal assault of “Digging The Grave” to the lounge jazz of “Evidence”, and in particular its lo-fi sound, was also a source of frustration for the six-stringer.

“I don’t have a creative voice — at least not like a big one, so I’m not going to say, ‘Why are we doing a bunch of stripped down stuff that sounds like, kind of a pop version of BLACK FLAG?’, when we’re recording in Bearsville Studios, like, the biggest, most godly tracking room,” he explained.

“The whole thing felt unsavory to me,” he conceded. “[There was] this unhealthy kind of, toxic atmosphere, and I think I just [didn’t] want to be involved in it.”

Despite all this, the Eureka native looks back fondly on the album. “I think the record, in retrospect, turned out exactly perfect,” he said. “I wouldn’t want it to have those big, huge sounds now. I think it was all exactly how it was supposed to be”.

Read the full interview at Eonmusic.