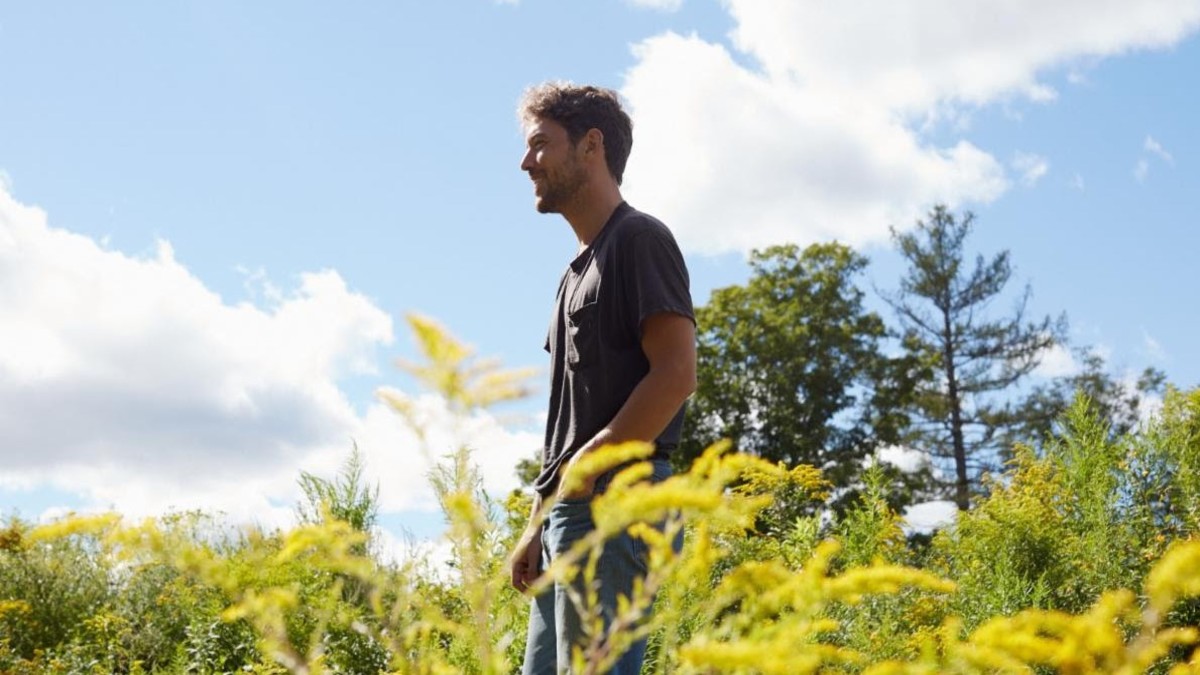 The Lowdown: Earlier this week, folk outfit Fleet Foxes made major waves (no pun intended) upon the spontaneous release of their latest album, Shore, which is their first in three years following 2017’s Crack-Up. Released to coincide with the autumnal equinox, which marks the shift from summer to fall, the album is peppered with themes related to transition and change within oneself, in others, and in the world. What makes Shore feel special, though, is the multidimensional lens in which transition and change are explored.

Through a tapestry of 15 tracks, Shore details how transitions often involve the pain of letting go (and sometimes before we’re ready to do so), the challenge that can come with accepting their presence, reckoning with the myriad of impacts they can have on an individual level, and learning to find comfort in facing uncertainty. The thoughtful and openhearted manner in which Fleet Foxes approach these topics imbues them with a sense of beauty, underscoring a notion we’ve likely all lost sight of this year to an extent: that in times of precarity and unease, an oasis — however small — can exist. This makes Shore something of a thoughtful rumination on all it means to exist, taking the darkness and delights that encompasses in tow.

The Good: Laid against soft sonic backdrops, the many musical nuances embedded within Shore’s tracks are given the opportunity to really pop. Often these are subtle and sometimes even missable upon a casual listen. However, that’s precisely what makes detecting one or more such an exciting discovery — like finally finding a valued item that had been lost for ages. Whether it be the piano flourishes that are sprinkled over “Featherweight” like bursts of confetti, the way that the sound of chirping birds both concludes “For a Week or Two” and begins “Maestranza”, allowing the tracks to bleed into each other seamlessly, or the infusion of the harpsichord on “Going-to-the-Sun Road”, the gravity of these subtleties builds Shore into the conglomerate of detail that it is. In turn, this makes the listening experience like digging for hidden treasure.

What is not hidden, however, is the strength of the lyrics. Written almost as if they could be stream-of-consciousness journal entries, this candid approach pairs well with much of Shore’s subject matter. “A Long Way Past the Past” meditates on the process of trying to move through fear and uncertainty through the use of “I” statements, allowing the listener to then place themselves and their own world into the journey of the song and subsequently use it as a personal catharsis. Also using “I” statements to create a sense of universalism is “Can I Believe You”, which chronicles a questioning of the self, another person, and the complications that can arise from that contemplation. “Sunblind”, arguably the most jovial track on the album, sweetly name-checks several of the band’s creative influences in a manner that prompts one to reflect fondly on their own heroes, whoever they may be. Shore is written in a way that allows the listener to see themselves within it, therefore further adding to its overall richness.

The Bad: While Shore is teeming with redeeming qualities, it feels a little too safe in the sense that it’s not much of a departure from Fleet Foxes’ previous work. That’s not to say it had to be, but reemerging with a surprise album after three years is a big deal and a bold move, and it would have been interesting to have seen that spirit be matched within the music more than it was. This is more apparent on certain tracks than others. For example, “For a Week or Two” and “Maestranza” would have also been right at home on Crack-Up, where tracks also contained nature sounds, and the plucky riffs on “Thymia” and “Cradling Mother, Cradling Woman” are reminiscent of Fleet Foxes’ 2008 eponymous debut. While this illustrates that they’ve defined a sound that they’re able to consistently produce with a high degree of skill, it also makes Shore feel like a missed opportunity to dabble in coloring outside the lines.

The Verdict: Lucid, warm, and with no shortage of heart, Shore is a wonderful album to lead us into the concluding chapters of what has been a heartbreaker of a year. Its ability to breathe a sense of lightness into topics that lurk in the murkiest corners of the mind, such as mortality, the heaviness that can accompany change, and the passage of time — all of which, sadly, have hit the world with a profound sense of gravity this year — is nothing short of soul soothing. On Shore, Fleet Foxes have illuminated the sense of grace that can sometimes be found within certain darknesses, and that has made the listening experience feel both profoundly human and hopeful. Shore’s raw warmth was just what the doctor ordered for the tail end of 2020, therefore making the album a welcome surprise, indeed.

Essential Tracks: “Can I Believe You”, “A Long Way Past the Past”, and “Sunblind”

Pick up a copy of Fleet Foxes’ Shore here.