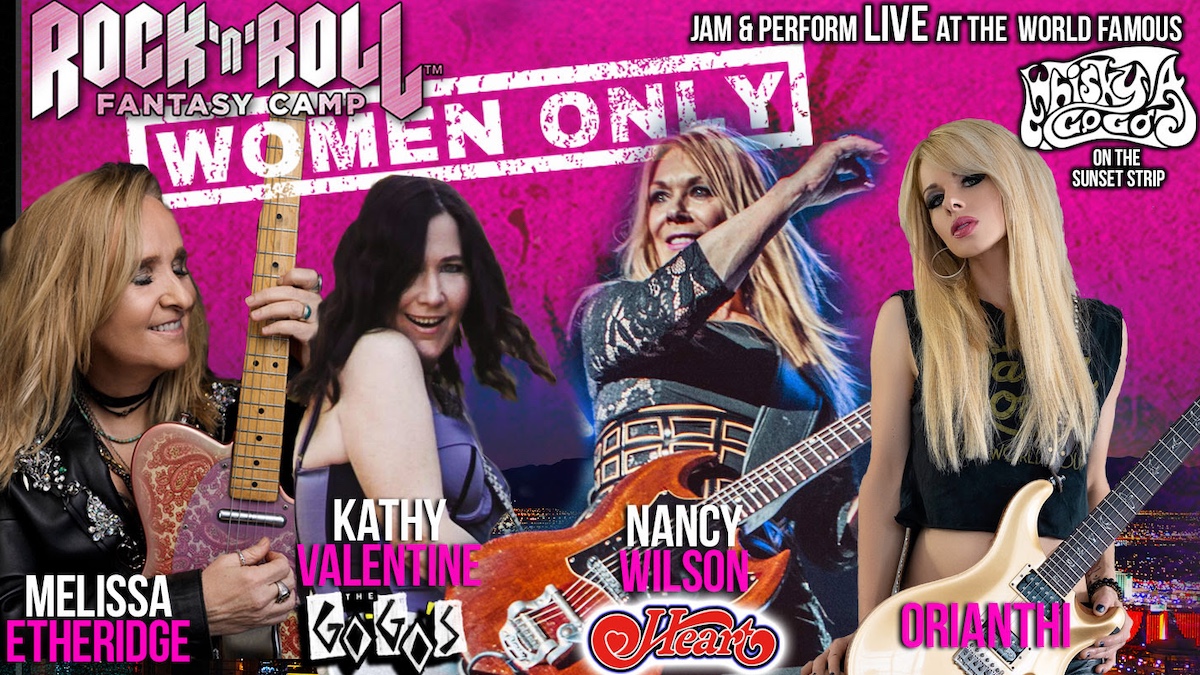 The Rock ‘n’ Roll Fantasy Camp has announced its first-ever Women Only Rock Camp, scheduled to take place in Los Angeles over the weekend of the Grammy Awards, January 27th through 30th, 2022.

On top of the musicians, the crew and staff of the camp will be composed entirely of women, and multidisciplinary guest speakers will appear from different facets of the music industry. Britt Lightning of Vixen will serve as the camp’s musical director.

“The Rock ‘n’ Roll Fantasy Camp is always a joy to do,” Nancy Wilson said in a release. “Looking forward to the first-ever all girl camp this year! It ought to be extra cool and extra fun.”

The camp will feature masterclasses, Q&As, themed jam rooms and, at the camp’s conclusion, a live performance before an all-ages crowd at the famed Whisky a Go Go in West Hollywood.

Kathy Valentine stated, “How cool is this? My first in-person rock fantasy camp experience will be with the first women-only fantasy camp. One of my favorite things about the virtual one I did last year was getting the opportunity to encourage, inspire, and share what I’ve learned in my career with campers.”

And Melissa Etheridge added, “It’s so inspiring having organizations such as the Rock ‘n’ Roll Fantasy Camp embrace and support women in the music industry. I’m looking forward to meeting the campers and collaborating with everyone there!”

Registration for the program is open now via the Rock ‘n’ Roll Fantasy Camp website.

Both Nancy Wilson and Orianthi have been featured in Heavy Consequence‘s “Beyond the Boys’ Club” monthly column, focusing on women in hard rock and heavy metal. Read the interviews with Wilson here and Orianthi here.