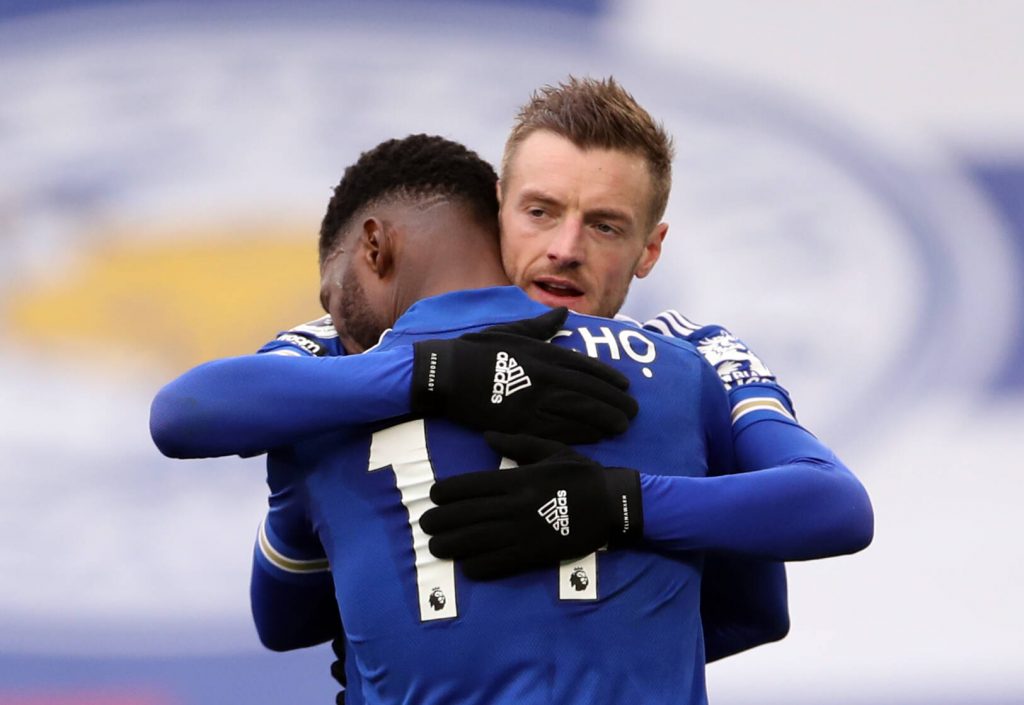 Leicester City manager Brendan Rodgers heaped praise on Kelechi Iheanacho and Jamie Vardy after the duo combined to score the winning goal in the FA Cup semi-final against Southampton.

Iheanacho has been in splendid form over the past few months, and he bagged the only goal of the game against the Saints in the 55th minute. The Nigeria international has now netted 10 goals in his previous seven appearances for the club.

In the same point of time, Vardy has struggled to find his scoring boots, but has produced some valuable assists. He provided a lovely pass for Iheanacho, who scored in his second attempt after his initial shot was blocked by Jan Vestergaard.

Speaking after the 1-0 triumph, Rodgers was delighted for the Foxes pair, and particularly heaped praise on Iheanacho for his confidence in front of goal over the past few months.

He told Lcfc.com: “He’ll play better in the game. His touch got away from him too many times. Maybe before that would have happened, it would have affected his confidence, but now, he’s at a level where he allows to let those mistakes go.”

“Now, he can just get on his game, and what he’s shown is that outside the box and inside the box, he’s there to score goals. Him and Jamie [Vardy], the combination, was a real, real threat. They were both exceptional for us.”

The Foxes have reached their first FA Cup final since 1969. They have previously reached the final of the competition on four occasions, and have been on the losing end.

They are scheduled to face Chelsea in this year’s final. Their record in the competition against the Blues is poor with seven defeats from as many meetings.

Rodgers will be aiming to create history with the Foxes when they face off against Thomas Tuchel’s side at Wembley Stadium on May 15.