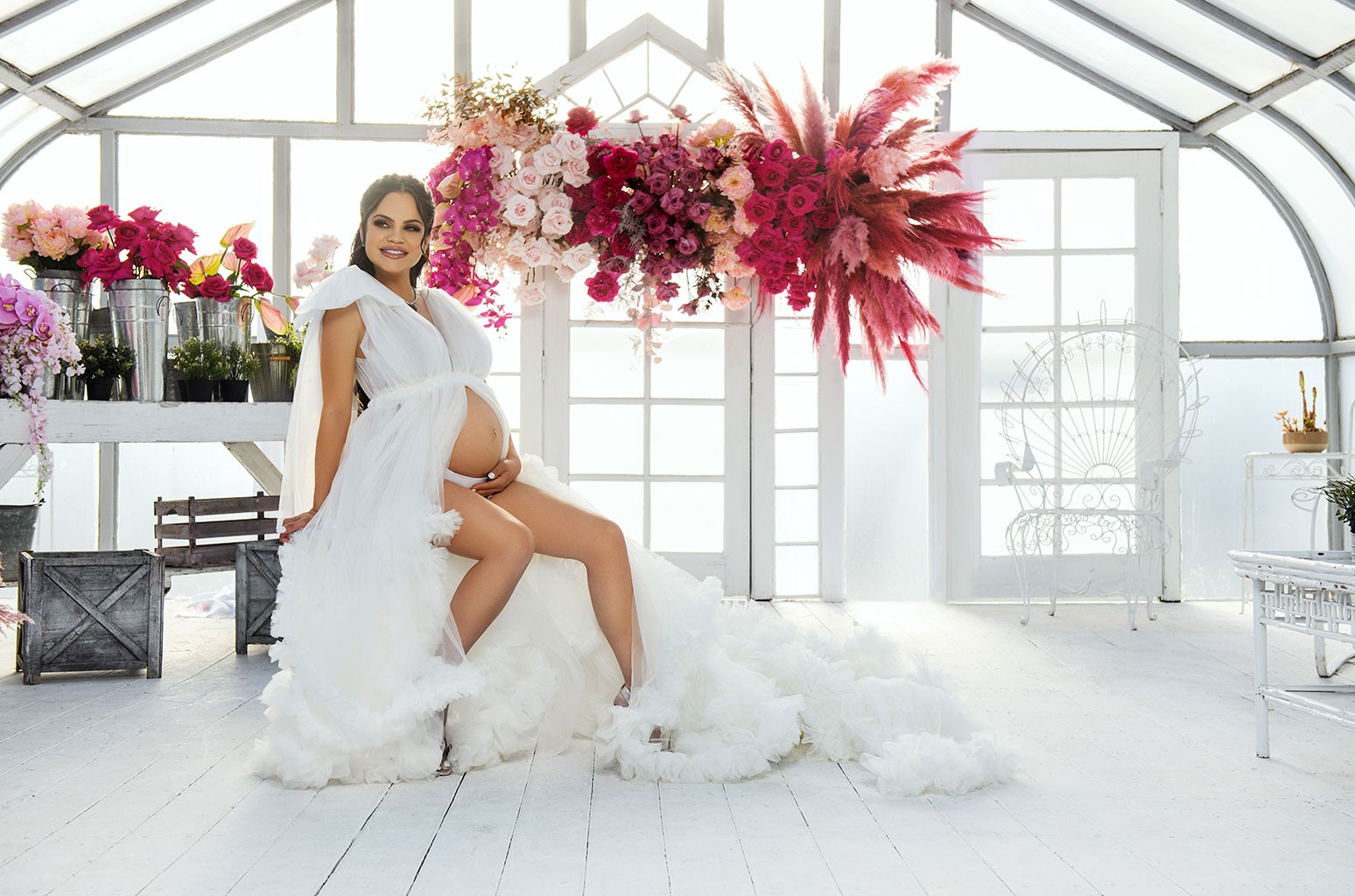 In addition, fans will be able to enjoy live behind-the-scenes footage from the filming.

To celebrate the soon-to-be mommy and her upcoming livestream, here’s a timeline with everything we know about Natti’s pregnancy (so far).

Natti Natasha and Raphy Pina hinted that they were dating at the end of Pina Records’ new artist Fran Rozzano’s music video “Inedito.” Later that day, they officially announced their relationship via an Instagram Live video.

The Dominican artist announced she was engaged to Raphy. Shouting it from the rooftops and flaunting her dazzling engagement ring, Natti expressed: “También quería gritarlo a los 4 vientos. I SAID YES!” Part of her latest single, “Antes Que Salga El Sol,” accompanies the photo/video.

Natti Natasha and Prince Royce took the stage to perform their new song “Antes Que Salga El Sol” at the 33rd annual Premio Lo Nuestro. Dressed in all white with flowers that crowned her long, black hair, Natti showed off her baby bump, announcing for the very first time that she was pregnant. That same night, she retweeted a People En Español cover story where she shared all the deets of her pregnancy.

At 32 weeks pregnant, Natti shared photos of her baby bump. “Thank you, God, I never lost faith,” she tweeted. In a previous interview with Billboard, the singer admitted that the thing she’s most going to miss about her pregnancy is her pregnant belly.

The soon-to-be parents documented their gender reveal/baby shower during an Instagram Live. The couple celebrated with loved ones and close colleagues, including Daddy Yankee. After fun and games, a helicopter flew over the party, unleashing pink smoke and revealing that Natti Natasha’s first baby will be a girl.

Natti and her belly are on the cover of Phoenix magazine, where she talked about her new music and bringing female empowerment to a male-dominated genre.

Celebrating her new single “Ram Pam Pam,” in collaboration with Becky G, Natti Natasha hit up her favorite place ever: The boat. There, she danced and sang her latest tune under the Miami skyline.

Natti gets a pregnancy casting mold of her belly to “have a beautiful memory of my biggest blessing.”

Daddy Raphy Pina is ready for showtime! Flaunting his GoPro 8 gear, Pina is ready to document his baby’s birth. “Can you imagine, ‘hi my love, it’s dad, say hi to the crew?’” he wrote in the caption. “You guys know I’m going like this, ready for the baby.”

On Instagram stories, the couple hinted that their baby’s potential name could be Lana Isabelle; however, they are between two other options: Vida Isabelle and Dominique Isabelle. Word on the street is that Natti will reveal the baby’s name during her Mother’s Day concert special on Sunday.