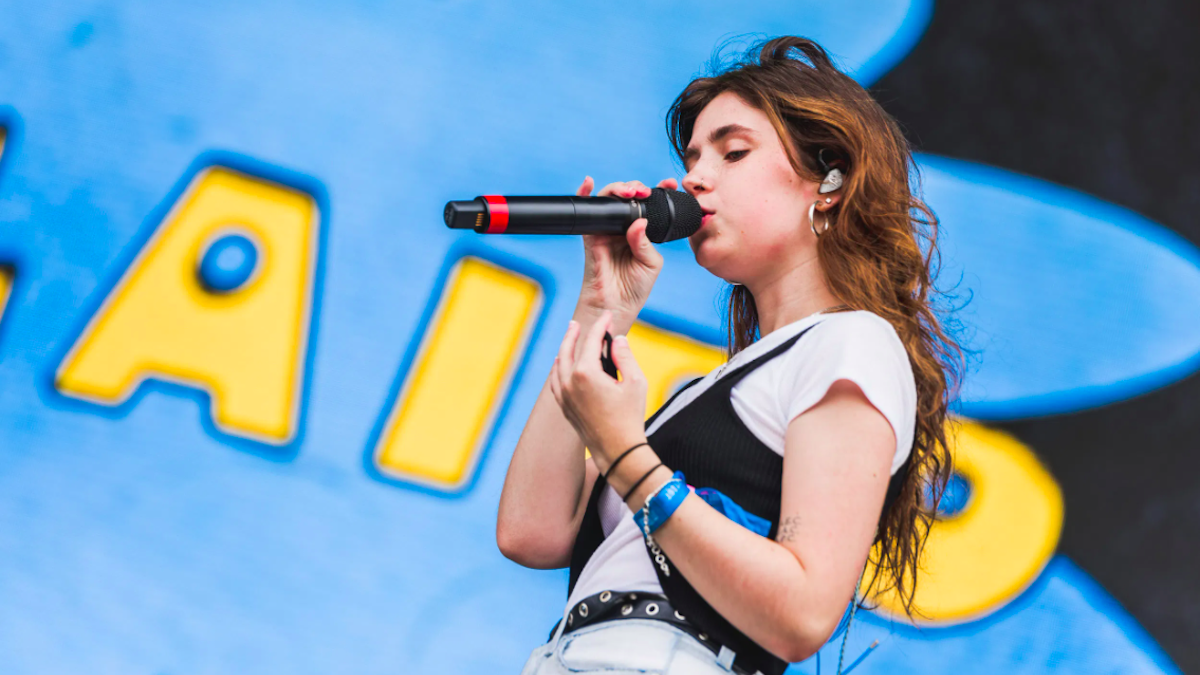 With winter descending, everyone’s seasonal depression can finally be introduced to their pandemic and clinical depressions. The last year has been a mental health clusterfuck, as Clairo acknowledges on her new song ” Just for Today”.

The DIY bedroom popper shared a lovely demo of the song in the early hours of Tuesday, January 26th. The aching lyrics find Clairo wrestling with the worst her mind can throw at her.  “Honestly, i didn’t think I’d end up here this time,” she sings. Later, she says, “Mommy, I’m afraid i’ve been talking to the hotline again.”

But “Just for Today” isn’t as weighty as the feelings that inspired it. Her voice is sweet and empathetic, and at one point she’s joined by a special guest: her new puppy Joanie. The pint-sized pup has recently become the star of Clairo’s Instagram feed, and at one point she interrupts the performance by trying to climb on her human’s lap. Even the heaviest of subjects feels lighter with a friend.

“not sure about you, but my mental health has taken a major dip since quarantine started- at times I feel like i’ve never felt worse. new medication, hotlines, and one scheduled appointment with a psychiatrist later and i’m feeling more like myself again. I wrote this last night and i feel there’s no real reason I should hold onto it. Hope you enjoy the song and Joanie’s squeaks
thank you 💙💙💙💙

Check out “Just for Today” below. Since dropping her breakout album Immunity in 2019, Clairo has been investing time in other young singer-songwriters. She backs Claud on their upcoming album Super Monster and supports Arlo Parks on her forthcoming debut Collapsed in Sunbeams. In December, she performed at the Ally Coalition Talent Show.

Editor’s Note: Check out our music and mental health podcast, Going There with Dr. Mike.