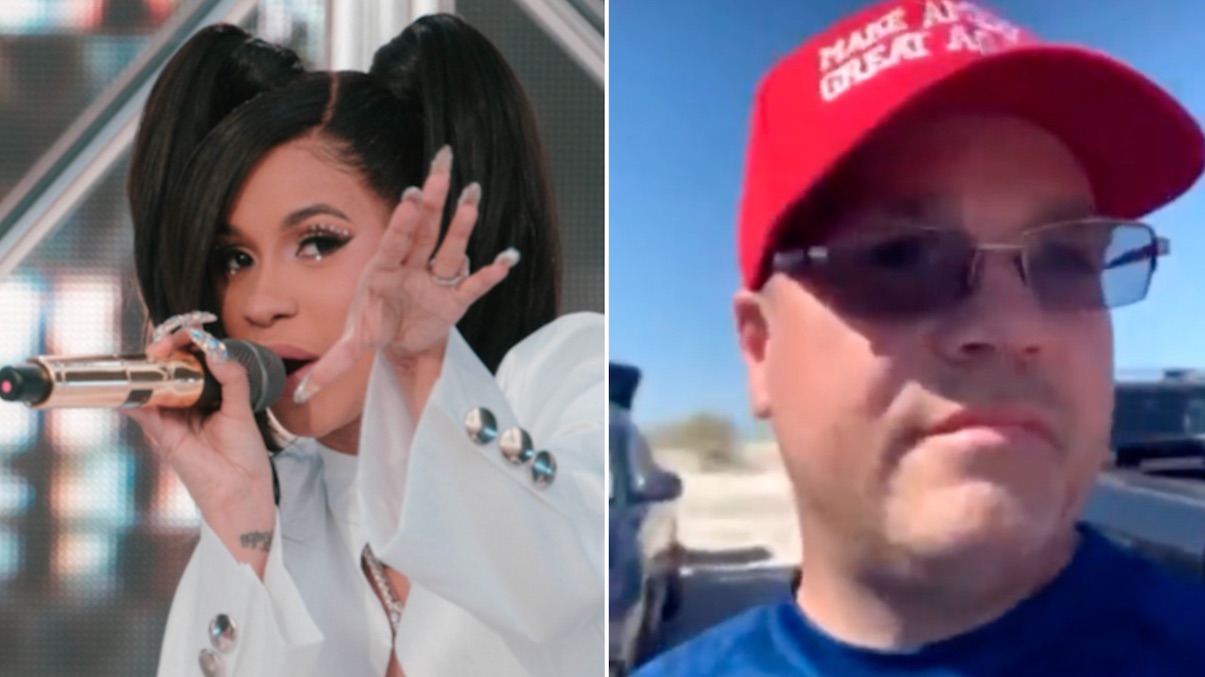 Last week, Cardi B filed for divorce from her husband Offset. Now, the rap superstar has a different type of legal issue on her hands: she’s facing a lawsuit for defamation.

According to court documents obtained by TMZ, Cardi, her sister Hennessy Carolina, and Carolina’s girlfriend, Michelle Diaz, are being sued for labeling a group of MAGA supporters as “racist”.

It all started over Labor Day weekend, when Cardi and her crew were celebrating on Long Island’s Smith Point Beach. They’d set up not far from the lawsuit’s three plaintiffs, one of whom was proudly wearing a MAGA hat that afternoon.

According to the plaintiffs’ lawyer (via NBC New York), Carolina approached them and began “raging, spitting, insulting, assaulting, defaming and threatening them, all the while videotaping them, because one of them wore a MAGA hat.” Shortly after, Cardi B, Carolina, and Diaz posted their video footage of the incident, framing the white beachgoers as “racist”.

While their clips indeed show the two parties arguing and lobbing curses at one another in a parking lot, it’s difficult to tell who actually started the beef. The plaintiffs maintain that these posted videos were “deviously” edited by Cardi & co. to make them look racist.

After sharing the footage, Cardi tweeted out, “my sister can’t go to the beach in the Hampton’s wit (sic) out trump supporters harassing cause they were by themselves & Santa Claus was harassing my sis GF all because they are a Afro/Hispanic gay couple.” Carolina also told TMZ she felt they were targeted because they “saw us parking here and we were speaking Spanish and we’re mixed.”