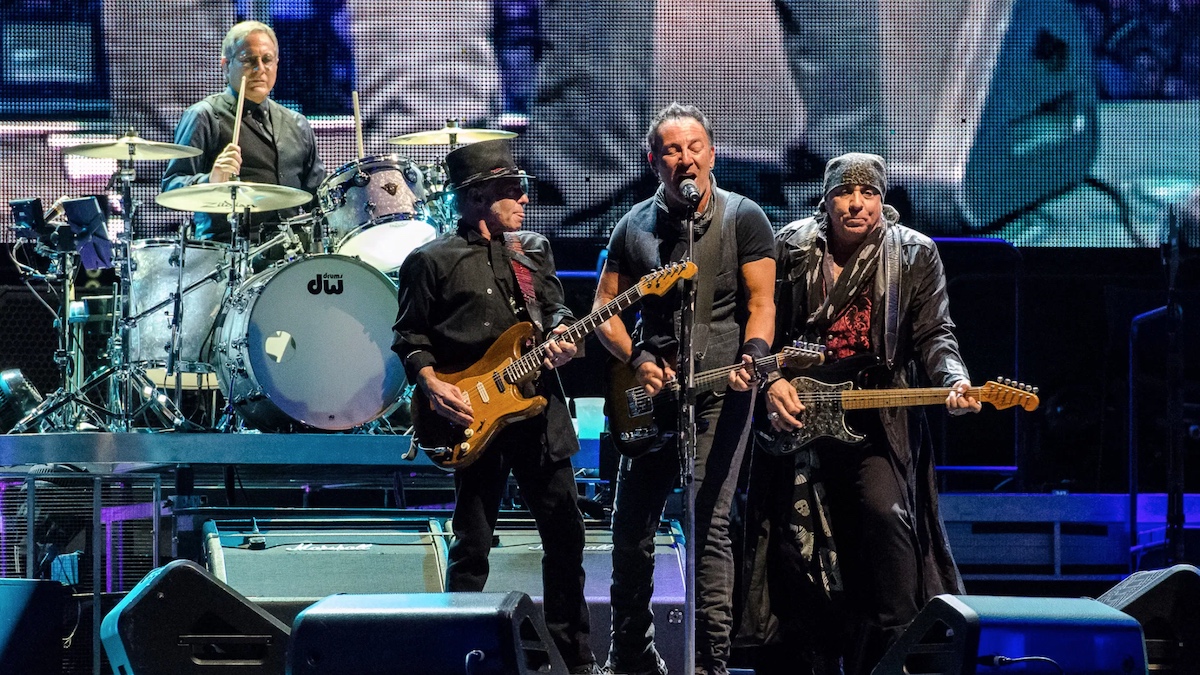 A month after teasing a new album in the works with the E Street Band, Bruce Springsteen has now confirmed that they’re also lining up a 2022 tour.

The Boss let slip that he and the E Streeters are working on a follow-up to last year’s Letter to You during his Woody Guthrie Prize acceptance performance back in May.  On Thursday, during a conversation with SiriusXM’s E Street Radio hosts Dave Marsh and Jim Rotolo about his upcoming return to Broadway, he again made a casual mention of some pretty big news.

“[My manager] Jon [Landau] mentioned it to me,” Springsteen said of reviving Springsteen on Broadway. “I knew we were going to tour with the band next year, so I said, ‘Maybe I’ll take the time off.’”

You catch that? Straight from the Boss’ mouth, he and the E Street Band are going to tour in 2022. The trek will mark Springsteen’s first with his perennial backing band since “The River Tour” ended in 2017. They got together last year to play Saturday Night Live, but even then, pandemic restrictions kept the full band from being in attendance; bassist Garry Tallent and violinist Soozie Tyrell had to sit out that special performance, the group’s only one behind Letters to You.

And it sounds like there’s plenty more Bruce coming, as well. Elsewhere in the SiriusXM interview, he mentioned that we’ll be hearing a collaboration with The Killers as early as next week. “It’s [Brandon] and I with the band,” he said. “We have done something that is going to come out soon, in a week or so.”

Springsteen went on to say he’s “been staying busy,” and that full schedule includes work with his old pal John Mellencamp. “I worked on three songs on John’s album and I spent some time in Indiana with him,” Springsteen said. “I love John a lot. He’s a great songwriter and I have become very close and had a lot of fun with him. I sang a little bit on his record.”

Not yet formally announced, that record will mark Mellencamp’s 25th overall. According to his website, Mellencamp already has ten tracks in the can for the LP “and plans to record another 17 for the project.”

As for Springsteen, the bulk of the E Street Radio interview focused on his return to Broadway. Springsteen on Broadway originally ran for 236 shows from 2017 to 2018, and will be revived for a limited summer 2021 run at Jujamcyn’s St. James Theatre. Shows are currently set to begin June 26th and end September 4th, and tickets are on sale as of today via SeatGeek. Once they inevitably sell out, you can check here.

Discussing whether or not the show will be different from its original run, Springsteen said he hopes to “tighten it up a little bit, if anything.” He added,

“I have a script. I haven’t looked at it and I haven’t done any rehearsing. [laughs] The truth is, I didn’t much rehearse it the first time. My recollection was we played a few dress rehearsals and I played it once here down at Monmouth College, but that was all I did,. It’s not something you can really stand there and talk to yourself in the afternoon. I am not going to tell myself those same stories. Part of it is there is an element of spontaneity, even if the script is relatively fixed. I got it set up for Monday, I am going to start re-freshening up the script and going through it again and see if I am going to make any changes, some small changes or not. It’s pretty much going to be the same show that it was because I think it’s what people expect and that is what I have.”

Take a listen to the part of the conversation where he drops that juicy E Street Band tour news and returning to the Great White Way below.