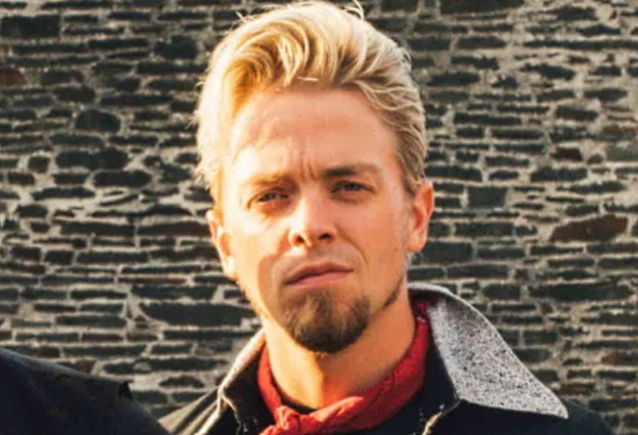 BLACK STONE CHERRY‘s Ben Wells has reflected on the passing of Eddie Van Halen, saying the VAN HALEN axeman was “an innovator” whose “influence will carry on for eternity.”

Wells discussed his appreciation for the groundbreaking musician, who died from cancer on October 6 at age 65, during an interview with RadioactiveMike Z, host of the 96.7 KCAL-FM radio program “Wired In The Empire”.

He said (hear audio below): “You look at all the different things that guitar players love. A lot of stuff started with Elvis [Presley]. And you look at Eddie Van Halen — the finger tapping, the saturated amps, the 5150 amp; everything started with him. Whether you’re a VAN HALEN fan or not, if you play music, especially guitar, you’re influenced by him, whether you know it or not. It’s just the way it is. He was such an innovator. And I think his influence will carry on for eternity, but I think maybe even more so now. It’s crazy to think that, but I think now, more attention has been brought to it, maybe there’s some younger players that weren’t familiar with him. His influence and legacy will be here for decades to come.

Eddie died at St. John’s Hospital in Santa Monica, California. His wife, Janie, was by his side, along with his son, Wolfgang, and Alex, Eddie‘s brother and VAN HALEN drummer.